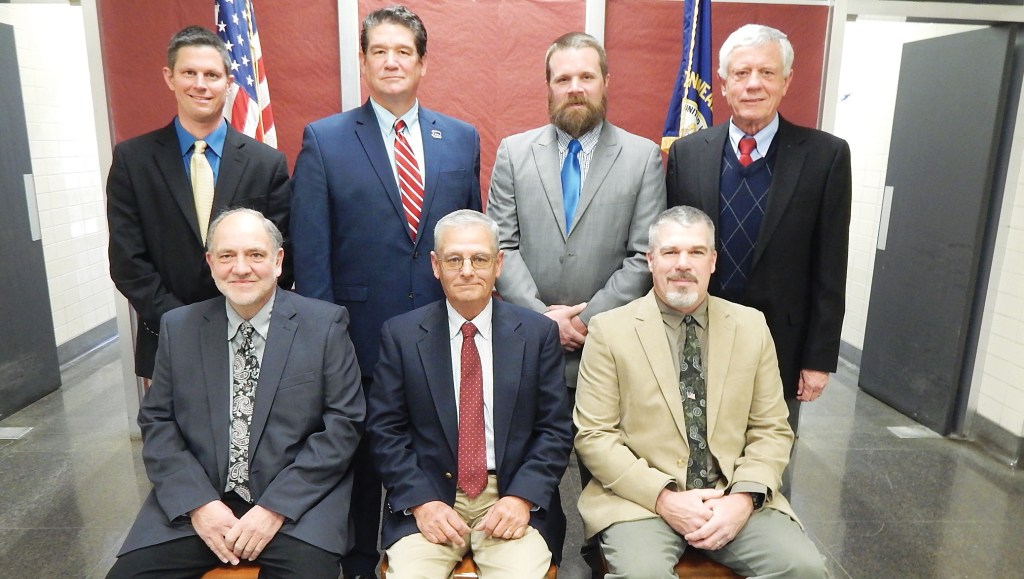 By Brittany Fuller
brittany.fuller@jessaminejournal.com
After a budget review Friday, Jessamine County Fiscal Court passed its first reading earlier this week for its new 2019 – 2020 budget with a unanimous vote.
“Good news is we have created some income that has helped alleviate some situations we have been in in the past,” Judge-Executive David West said Friday. “Bad news is, in prior budgets, we did use $2 million plus from our reserve to balance our budget. Great news is that we don’t have to do that anymore.”
West addressed magistrates saying $300,000 is being used instead of over $2 million. The pension, West said, is going to increase each year for the next four to five years. West said what he wanted to do was take care of some of the projects that may be, “once in a decade projects,” such as money for a new phone system that is over 20 years old county wide, which $75,000 was included for in the new fiscal year’s budget. The new budget also included money for Keene Lodge and the old Jessamine County jail to be updated.
“They have fallen into disrepair and we will be able to bring those up,” West said.
The budget includes $100,000 repairs for the Keene Lodge and the old county jail. Money was also included for two and a half remounts for ambulances, and from now on, one remount a year should be able to be completed for Jessamine County EMS, West said. Also included was a starting pay raise for dispatchers, a land purchase to connect city-county park and fairgrounds to new bypass, $1,400 raise for employees, $90,000 for a salary survey, an increase maintenance position pay, as well as the pool budget increase of $79,000.
“Good news is we created a lot of revenue, bad news is $2 million of that was used up anyways because we were using our savings,” West said. “We (also) have a court house renovation project that is in full swing now.”
West said the fiscal court is ready to take the court house renovation project to bid and space rental is needed for common wealth attorney and court judges. The Convenience Center dumping fees also increased from $550,000 last year to $800,000 this year.
“There is another chunk of what we make,” West said.
The new budget also includes a new vehicle for the convince center because the one currently being used is not the safest, West said. Cost of living wage increase is also accounted for in the new budget, as well as an increase in retirement cost of over $200,000.
“If you put that and the increase in dumping fees, that is $450,000 that we have increased in fees,” West said.
On the revenue side, West said the increase in property tax collection went from $250 to $300,000. Occupation taxes also saw about a $250,000 increase. The new insurance premium fee, that will come in during three quarters over the next year, is also projected to increase revenue by $1.3 million.
“There is good news in our budget,” West said.

Honoring veterans should not be reserved for national holidays