Looking back published in the Jessamine Journal 4.18.19 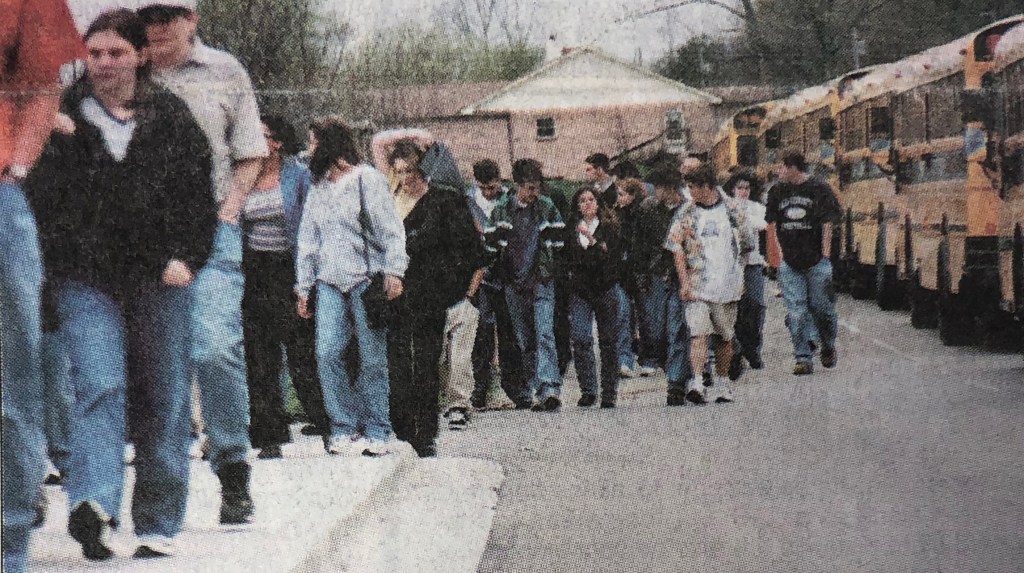 100-plus go bald for Gavin’s cause: More than 125 people showed up in the parking lot of Tractor Supply to have their heads shaved in support of Gavin Carr who had been fighting leukemia since February.
Magistrates recognize 911 center: The Jessamine County Fiscal Court joined others around the country in declaring the week of April 12 through 18 as National Park Safety Telecommunications Week, in honor of the men and the women of the Jessamine County 911 Center.
Korean War Soldier buried at Camp Nelson: A Beattyville man was one of four missing from the Korean War whose remains have been identified and were returned to their families for proper burial with military honors.
EJMS administering cyber safety program: As the number of preteen and teenage children using the Internet continues to rise, so does the number of children who are being victimized by online predators. Jessamine County Schools will have a new tool in its effort to combat cybercrime.

Bomb rocks school, three juveniles, one adult charged: Three local students and a Nicholasville man have been charged in connection with a blast that shook East Jessamine High School Monday morning.
Thirty-two arrested in Nicholasville drug raids: The roundup of suspected drug dealers by Nicholasville Police which began last week has resulted in at least 32 persons being jailed on related charges.
Groggins Ferry zone change not on schedule: The Nicholasville Planning Commission will not discuss the proposed rezoning of a 181-acre farm near Groggins Ferry Road when they meet on April 26.
Council debates tax, water rates: Intense debate Monday led the Wilmore City Council to schedule a special work session for next week to discuss the funding of the proposed $4.2 million water treatment plant.

Family of five displaced by kitchen grease pan fire Friday: A family of five were not home Friday night at 9:50 p.m. when Nicholasville Fire Department responded to a call for help and 20 firefighters were thrown into battle to subdue flames that had a good start in the kitchen.
Dish barn founder named business woman of the year: With 120 in attendance at the annual general membership meeting of the Jessamine County Chamber of Commerce, six were honored for community contributions at Lone Oak Country Club Monday evening.
Brookside wins county governor’s cup competition: Brookside Elementary students placed first Saturday in the county Governors Cup competition at Wilmore Elementary.

Arrests published in the Jessamine Journal 4.18.19