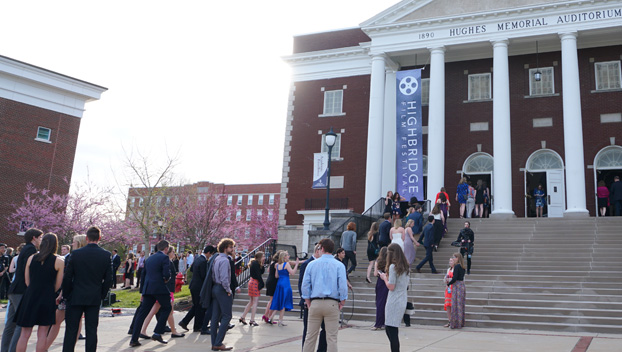 Community is a core part of the Asbury University experience. From the Freshman Talent Show and Sophomore Musical to Family Weekend, campus events are built to foster deep personal growth, Christ-centered conversations and friendships that will last a lifetime.
A wide variety of spring semester events focus on cultivating that special Asbury community amongst the student body.
For many, serious excitement and fun come from the festivities of the annual Legacy Games competition. Fostering a sense of greater community building through friendly competition, the Legacy Games pits each of the four classes at Asbury against one another in an effort to come out as the class with the most points. Some of the competitions include competitive sports, tournaments in games such as cornhole and Super Smash Bros., and a week-long scavenger hunt for loose points.
For Tim McCune, the competition not only creates a week of fun for the student body, but it also allows students to get to know classmates in a new way.
“If you want to see grown men and women lose their marbles over forty points, go around campus at five in the morning during Legacy Games and help search for point slips,” McCune said. “But you also see people working together with other students they may not particularly know in another way.”
No matter who wins or loses, the Special Events Committee of the Asbury Student Congress continues to use this annual week-long event to focus on that one-of-a-kind Asbury community.
In addition to the highly anticipated Legacy Games, Highbridge Film Festival is another one of many spring semester events that builds community and Christ-centered fellowship at Asbury.
Imagine a red carpet on the ground beneath you, bright lights shining on your face, cameras and a live broadcast showcasing that very event. It may seem like a far-off celebrity fantasy, but it’s something experienced right here at Asbury.
Each year, the Highbridge Film Festival showcases the work and talent of Asbury student filmmakers and crew-members by putting their work on the silver screen for their peers to see. Ten films are selected from a larger pool to be showcased at the event, which garners an audience of film industry professionals, proud families and excited students. These productions can be of any genre, be it a gut-busting comedy, a tear-jerking drama or a jaw-dropping documentary. This year’s festival is scheduled for April 27.
“We like to make a huge deal out of it,” said film student Jared Ziegler, who has submitted a documentary for selection. “If you set out to make a film for Highbridge, you start planning months ahead, then you start work soon thereafter. Everyone works so hard to get there, so even if (your film) doesn’t get in, you get to be there with the school at-large to celebrate the equal work of others.”
In addition to these two major spring semester events, students also look forward to Friday Night Live, a live sketch comedy show put on entirely by students, worship nights and the Student Activities End-of-Year Bash. The Tumbling Team’s annual performance Jym Jamboree also brings the student body together for a night of awe-inspiring entertainment in the Luce Center.