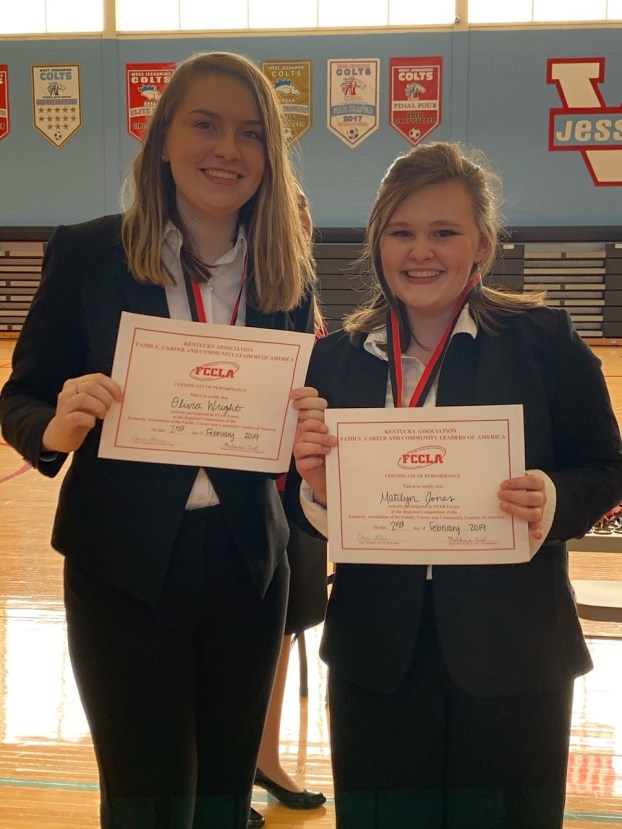 The American Sign Language class at West Jessamine High School is nearing the end of its first year, but the class may have never been offered if it wasn’t for sophomore Mati Jones.
Jones said she was inspired by watching Mandy Harvey, a deaf musician, on America’s Got Talent in 2017. She said she saw the interpreter helping Harvey and thought it looked like fun.
“I started researching and found that Jessamine County did not have any free classes,” Jones said. “The closest was in Danville. I was 14 at the time and couldn’t drive, but I still wanted to learn. I went into my freshman year with the ambition that I wanted to have this class.”
Jones reached out to Dr. Scott Wells who was the principal at WJHS at the time. Wells said Jones intitally had to hold a meeting to begin campaigning for ASL to be a class.
“We had about four different meetings with the curriculum council and the school-based decision-making council,” Jones said.
In the beginning, Jones was quiet about her plans for the class. However, once the principal gave his approval, Jones said she started telling her friends.
“I’ve had a lot of support from the school community, both students and teachers,” Jones said.
However, there was some pushback, especially from parents who thought a deaf teacher might not be the best approach when deciding on who was the best candidate to teach the course.
Jones fought back against those critics and said because her teacher is deaf, it opens up her and other students to the deaf culture.
“We are getting to see a different culture that not many people know about,” Jones said. “Not many people know that deaf culture is that strong. It’s a great class because you’re learning a new language, but it’s American. It’s our words already. We’re just translating it into our hands.”
Some days, Jones said her ASL class is the main reason she goes to school.
“I just love to be able to interact with the teacher,” Jones said. “I’m a hands on kind of learner.”
Although WJHS has an ASL program, East Jessamine High School is yet to add the class. Good thing they have an advocate on their side, because Jones said she is working hard to bring ASL to EJHS.
After a student from EJHS messaged her on social media expressing interest in an ASL class at East, Jones went to work to see how she could help.
“At the moment, we just need funding,” Jones said. “I’ve talked to the curriculum council leader there and he said they had the interest last year, but they just didn’t have the funding.”
But Jones is hopeful. She said her wish is for EJHS to add the class soon.
“I think they’re just waiting to see how we finish the year and how our pass rates are,” Jones said. “We’re still trying to convince them that ASL is the best way to go.”
Jones said through ASL being offered as cirriculum, students have the opportunity to make school what they want it to be.
“If that’s a class they want to take, go for it,” Jones said.