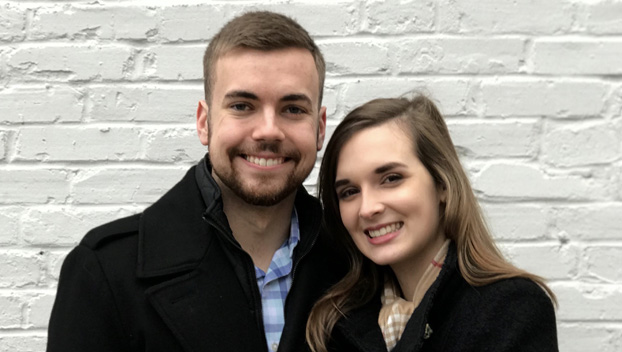 Chris and Danna Moore announce the engagement of their son, Jonathan Moore of Nicholasville, to Alyssa Rogers of Versailles. The couple plans to marry May 9, 2020.
Jonathan is the grandson of Larry and Sammy Moore, and Jane Dick. He is a 2016 graduate of Heritage Christian Academy and is currently enrolled at the University of Kentucky pursuing a major in computer engineering. He is currently employed as an Air Force Officer with the United States Air Force.
Alyssa is the daughter of Doug and Tammy Rogers. She is the granddaughter of Boyd Rogers and the late Jane Rogers, Wesley Rose and his wife Joyce and Sharon Perkins. She is a 2016 graduate of Bluegrass Academy and is currently enrolled at the University of Kentucky where she is pursuing a major in public health.