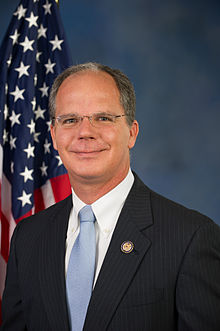 WASHINGTON — Congressman Brett Guthrie (KY-02), Republican leader of the House Energy and Commerce Committee’s Subcommittee on Oversight and Investigations, recently helped lead a subcommittee hearing on the national measles outbreak and the importance of vaccines.
Despite measles being declared eliminated in the United States in 2000 due to the success of the measles, mumps, rubella (or MMR) vaccine, there have been 26 measles outbreaks involving five or more people in the last five years. The Oversight and Investigations Subcommittee hearing recently focused on the public health response to measles outbreaks and how higher vaccination rates protect communities from the disease.
“Measles is an extremely contagious virus. It can cause significant respiratory symptoms, fever and rash. In some cases, the consequences can be severe. One in 20 children with measles develops pneumonia, and one in 1,000 children develop brain swelling that can cause brain damage. One or two in 1,000 children who contract measles will die,” Guthrie said in his opening statement at the hearing.
He continued, “We currently have multiple measles outbreaks in the United States.  As of Feb. 21, 2019, the CDC reported that there are 159 confirmed cases of measles this year in 10 states. My home state of Kentucky was recently added to this list. Unfortunately, this current outbreak is continuing a recent trend. An average of 63 measles cases were reported to CDC from 2000 to 2007. However, from 2011 to 2017, the annual average of reported cases increased to 217… These outbreaks are tragic since they are completely avoidable.”
Guthrie was selected as the ranking member, or top Republican, on the Oversight and Investigations Subcommittee earlier this year. He also serves on the Health Subcommittee.