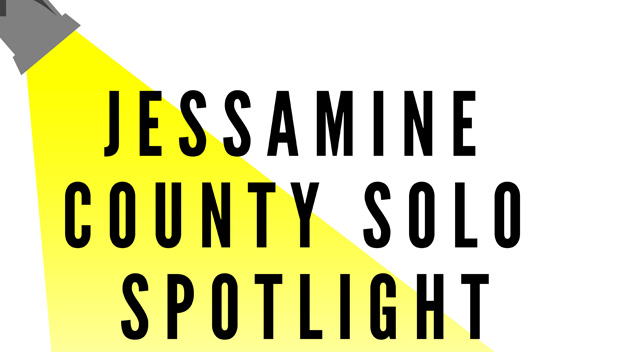 With hard work, help from mentors and dedicated time and effort, one Jessamine County student was able to transform a school talent show into a county-wide talent showcase for all students in Jessamine County.
The inaugural Jessamine County Solo Spotlight will take place at 7 p.m. Saturday at the East Jessamine High School theatre, located at 815 Sulphur Way. Tickets are $5, and all proceeds will benefit the newly-formed Arts+ Community Theatre program in Jessamine County.
“As a part of Youth Leadership Jessamine County, I have to do a service project for the community,” EJHS Junior Jonathan Adkins said. “I knew I wanted to do something that benefitted the arts. This project started as a small idea to revive my school’s talent show to fundraise for the arts programs at my school. As time went on, however, I realized that it wasn’t just my school that needed a boost in the revitalization of the arts. Jessamine County has been working hard to help the arts grow, and I wanted to help.”
To showcase the talent in the county, Adkins gathered 21 students, seven of which will display artwork along with performances from 14 students at Saturday’s event.
This being the first year, Adkins said he opened up the talent show to any Jessamine County student, although he is hopeful to be able to accommodate any resident who wishes to perform in the future.
“Though the name suggests that it would just be individual acts, duet or group acts are also allowed. The word ‘solo’ in the name was chosen because of the idea that the showcase would highlight individuals rather than huge groups,” Adkins said.
An audition day was held, and a few participants turned in videos who were unable to make the auditions because of scheduling conflicts. Adkins said a panel of judges decided who was accepted to perform at the event.
“The arts are important to me because they are a vital part of our society,” Adkins said. “Everywhere we go, art is surrounding us. There is music in the wind, there is artwork in the sunset and there is dance in the movement of the earth. The arts surround us and allows us to be in touch with our deepest selves. The arts keep our world lively.”
Arts+ Community Theatre was chosen as the recipient of the funds in order to support local arts programs, Adkins said. Starting a new theatre company, Adkins wanted to help the new program in Jessamine County financially, so it could receive a strong kickstart to ensure the arts continue to thrive locally.
In the future, Adkins hopes to see the event grow and receive massive amounts of participation.
“I want everyone in the county to come be involved, whether that’s as an audience member, a performer or a featured artist,” Adkins said. “My hope is that this program will start to really convey the importance of arts to our community.”
After high school, Adkins plans to become a music educator and run a local school choir and theatre program. Arts educators in Jessamine County have changed his life, and he wants to do the same for future generations.
“I look forward to showcasing the immense amounts of talent that Jessamine County has to offer,” Adkins said. “I went into the auditions not quite knowing what to expect, and I was blown away by the insane talent that showed up. I’m incredibly excited for these students to show Jessamine County how talented our youth is.”