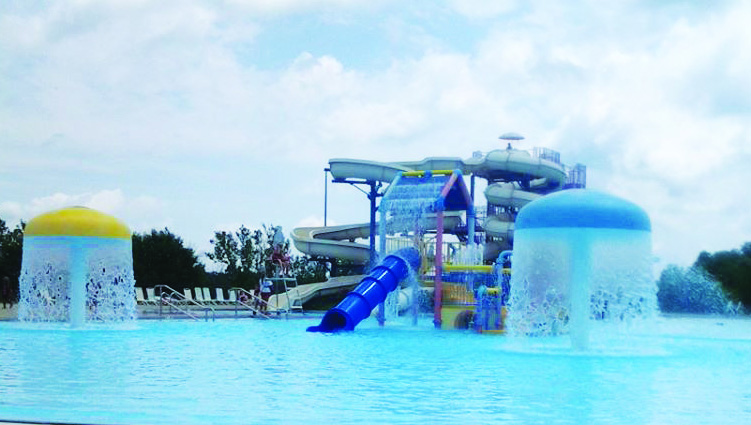 Jessamine County Judge-Executive David West spoke with the Nicholasville City Commission Monday about the fiscal court’s recent decision to close the YMCA Aquatic Center for the summer because of the high cost of necessary repairs.

After a brief discussion, the city council asked West to contact the pool engineers to see if minor repairs could be made to “Band-Aid” the pool and keep it open for one more season while the city and county work together to try and make a plan to hopefully save the center.

“We met with the YMCA and Judge West a couple months ago and we had a pretty good list of necessary repairs that need to be made to get it open this year,” Public Utilities Director Bob Amato said. “A very rough estimate (is) in the $1 million dollar range for repairs. From what I understand from last week, the county has expressed they do not want to put that investment into it now without doing a further study.”

West said the county has many pressing needs they are addressing, including pay for employees and ambulances that are aging. If the cost was split between the county and city, both would have to contribute $500,000 into a pool that is 17 years old and needs new equipment and new pumps and a splash area that needs new flooring.

“It is just not something we can do this year,” West said. “I think we do need to have a study done to identify what can be done with the pool, and what repairs are needed. There was an engineering company that worked with it initially, and I think it would be good for them to do a new study and give us a report of what needs to be done.”

West said the contract with the YMCA has expired. If the county and city wish to keep the pool open, they would need to bid another contract going into this season. West also said the city and the county each put about $90,000 to $95,000 into the pool last year for the YMCA to operate the facility.

West said there is a possibility of doing a quick study and making minor repairs to allow the pool to pen this summer, and he would work to get the study underway as soon as possible.

City Commissioner Doug Blackford said when the pool was built 20 years ago, it was never seen as a revenue maker for the county or city, but rather a revenue hole.

“All cities know going in — and Lexington is going through a process and closing quite a few of theirs and they are replacing them with those splash pads that are cheaper to operate,” he said. “Until we have a better plan, I think we got to try.”

Although the rough estimate came in at $1 million, the head of the local YMCA met with the county and told the fiscal court the engineers could do a true assessment and let the city and county know the total cost of repairs.

“We should go forward with our commitment to our normal contribution, but I think we have to exhaust everything to keep this thing open,” Blackford said. “We owe it to our community to make sure we give every effort to keep this open.”