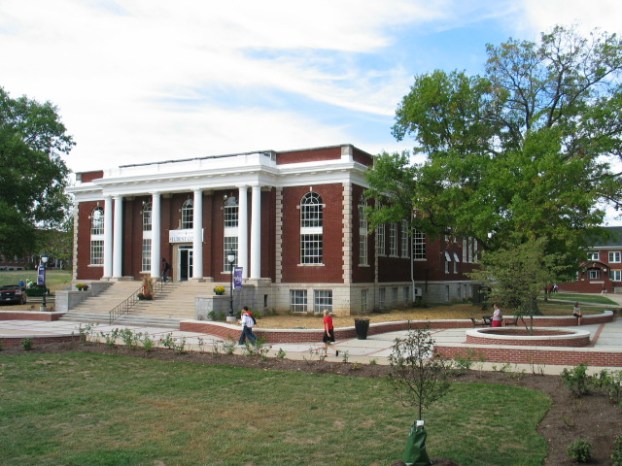 At Asbury University, students are encouraged to start at the university and impact the world.

Each year Dr. Steve Clements, chair of the Social Science and History Department, brings a group of eager-to-learn Asburians to Washington, D.C. to explore the nation’s capital city, discuss policy and meet with a variety of high-profile politicians, leaders and world-changers while attending the National Association of Evangelicals (NAE) Christian Student Leadership Conference (CSLC).

“Asbury students are the best,” Gray said. “They were all highly engaged in the conversations, were thoughtful, articulate and eager to learn more about how the political process works. While I am never surprised at the maturity and engagement of our students, it was a joy to be with them and to observe just how blessed we are, and I am, to be a part of what God is doing as He calls this generation of leaders for His purposes.”

In addition to congressional visits, the Washington Federal Seminar class joined thousands of other students from Christian colleges and universities in attending sessions at the CSLC. Session topics included Evangelical Political Engagement, Creation Care, Immigration, Faith in Public Life and more. Senators Mitt Romney and Ted Cruz as well as Speaker Nancy Pelosi were among the session speakers.

International student Angie Flores, said she wanted to take part in the week’s events so that she could learn more about the U.S. political system and the ways in which it directly affects other countries, including her home country of Honduras.

“The main reason why I decided to come on this trip was to add to my knowledge on U.S. politics,” Flores said. “This inspired me to attend this conference and educate myself as much as possible. Also, I was especially interested in healthcare policies since it has a direct impact on what will someday be my workplace. Refugees and immigration policies were also something that I was passionate about and wanted to learn more of.”.

Flores was especially heartened by the space she was given to ask questions and really dig deep into certain topics with those who are working right in the middle of it all.

She also took a very key universal lesson away from the week — one that she can use in her own future career in the medical field.

“I have learned that in politics you must take any opportunity you have to open doors for yourself,” Flores said. “Most of the people I met started at the very bottom and are extremely successful now. I have learned that working hard will take me to places I would never dream of reaching.”

Bible and Theology major Kyle Pernell, who decided to attend the conference to find the essential connection between the pulpit and the political realm, encourages students to consider applying for the Washington Federal Seminar in future years.

“Come! You have the key to open opportunities, pursue power, create change and secure success, but the door is here,” Pernell said.

Journalism major Annie Brown said she pictures a life and career on the Hill and enjoyed getting to see what that life could actually look like during her week in D.C. She also appreciated the opportunity to speak with several congressman and senators.

“While our political climate is extremely polarized, I learned this week that most who work in legislation want to find bipartisan middle ground for most of today’s most pressing issues,” Brown said. “I also learned that there are a whole lot more influential Christians who work in the House and Senate [than I imagined].”

Guthrie selected as member of House Committee on Education and Labor

WASHINGTON – U.S. Rep. Brett Guthrie (KY-02) has been selected to serve on the House Committee on Education and Labor... read more