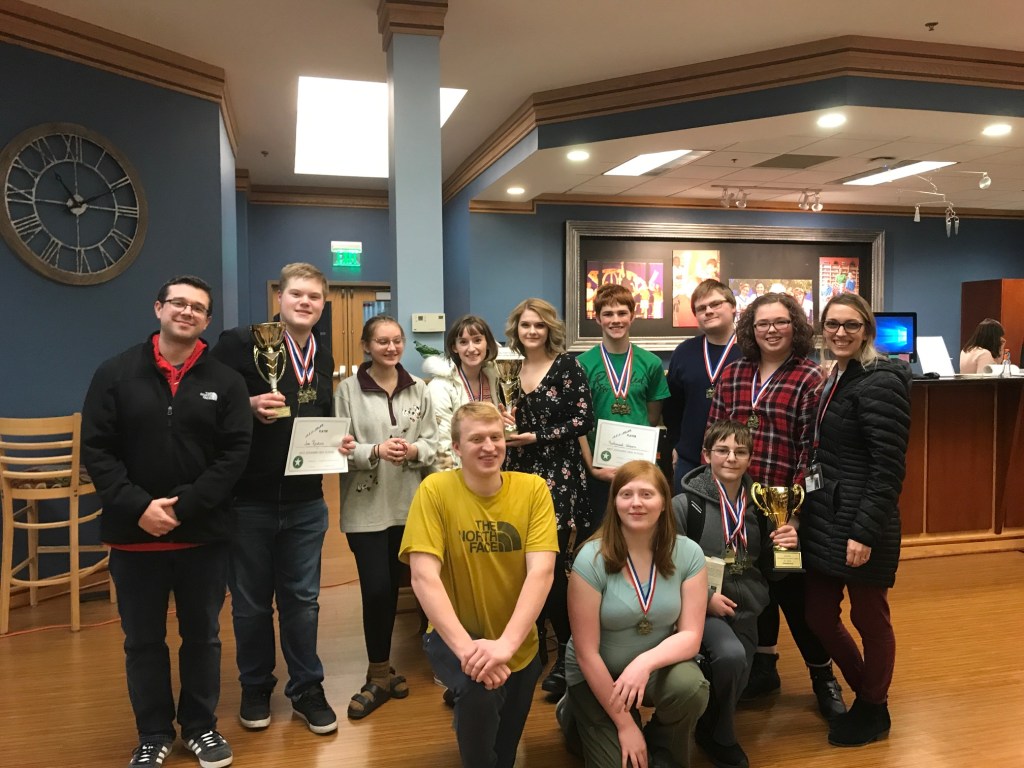 The academic team is a combination of quick recall, written assignments for various subjects and a team competition called Future Problem Solving. The students compete in areas pertaining to math, science, social studies and language arts and humanities.

“The only official statewide Academic Team competition is known as the Governor’s Cup, which is the de facto state tournament for all schools,” Coach Chad Angel said. “One of the things I try to emphasize to the students is that they’re really one of the only groups that compete and represent the academic side of our school.”

Earlier this month, WJHS competed in the Thoroughbred Conference Tournament where the school finished first overall.

Freshman and Sophomore students who competed finished their season undefeated (13-0).

“Our quick recall and future problem-solving teams both advanced to regions,” Angel said. “Additionally, we had students advance to regions in written composition, math, science, social studies and arts and humanities. Our team also won the Katherine C. Hume Sportsmanship Award as voted on by all schools in the district.”

WJHS has been a member of the Thoroughbred Conference for six-years, along with a handful of other schools in Central Kentucky, Angel said. At the conference, ninth and 10th-graders are separated into a division, with 11th through 12th-graders separated into another division.

“Most schools that are competitive have created and/or joined leagues so they have an opportunity to compete and practice before Governor’s Cup,” Angel said.

A major aspect of the academic team is how much information students must know about each content area, Angel said.

“Social studies tests might cover psychology, economics, politics, supreme court decisions, wars, mythology, religion and sociology within the span of seven to eight questions,” he said. “The same could be said for all of the subjects.”

When a tricky or unknown topic arises, students work together to figure out a strategy for success.

Mock matches also take place where students compete against one another in order to prepare for competition against other schools.

“One thing that is great about our team is the tremendous senior leadership we have,” Angel said. “Our senior captains were Rockwell Hamilton, Anna Fitch, and Nathanael Vetters and they really embraced being team leaders and mentors for our younger members.

“On the flip side, our ninth-and 10th-graders are so talented and have pushed our 11th- and 12th-grade team members to new heights I’m not sure they would reach if our JV/varsity scrimmages weren’t so competitive.”

Walker Montgomery to play benefit concert at WJHS in…