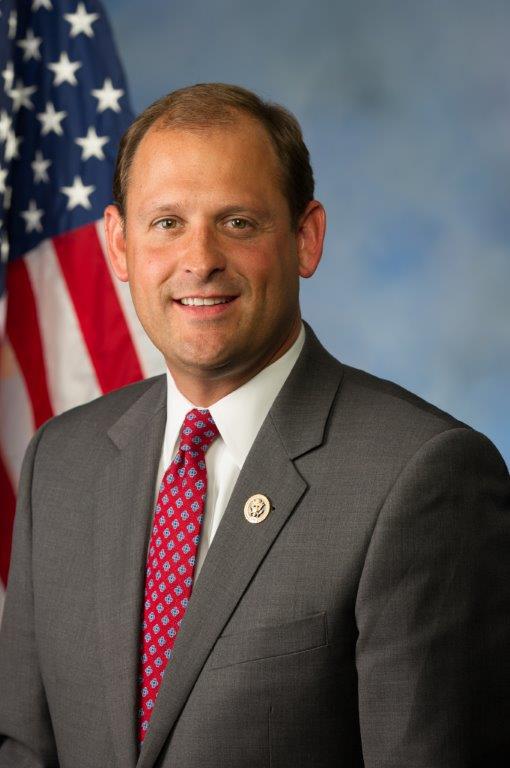 WASHINGTON, D.C. — U.S. Rep.  Andy Barr (R-KY) has been named the ranking member of the House Financial Services Committee’s Subcommittee on Oversight and Investigations for the 116th Congress.

“I am honored and humbled to have earned the confidence of ranking member McHenry and my colleagues on the committee to serve as Ranking Member of the Oversight and Investigations Subcommittee,” Barr said.  “Last Congress, the Financial Services Committee was one of the most productive committees in the House, passing 47 bills that were signed into law, including the most significant pro-growth financial regulatory reform bill in nearly a generation, which is delivering greater economic opportunity to Main Street businesses and the American people.

“Now it is critical the committee exercise its oversight responsibility to ensure the faithful implementation of these reforms. I am equally committed to fulfilling Congress’s responsibility to conduct oversight over the Executive Branch while ensuring a fair, transparent and impartial process devoid of partisan politics. I look forward to working with my colleagues on both sides of the aisle on these and other initiatives.”

“As ranking member of the Oversight and Investigations Subcommittee, Congressman Barr will play a crucial role in carrying out one of the committee’s paramount duties,” Ranking Member Patrick McHenry said.  “I look forward to working alongside him, and all of our subcommittee ranking members, to ensure the stability of the U.S. financial system and reach commonsense solutions for the families we represent.”

In this role, Barr will be responsible for the oversight of several federal agencies, including the Federal Reserve, Department of Treasury, Securities and Exchange Commission, Consumer Financial Protection Bureau, Financial Stability Oversight Council, Department of Housing and Urban Development, Federal Housing Finance Agency, Office of Comptroller of the Currency, Federal Deposit Insurance Corporation and Export-Import Bank, among others.

Rep. Maxine Waters (D-CA), chairwoman of the Financial Services Committee, has also signaled her intent to use the committee to investigate the Trump Administration.

Barr will also serve as a member of the House Committee on Veterans’ Affairs, to which he was appointed by the House Republican Steering Committee for the 116th Congress on Jan.18.

Maj. Gen.Donald C. Storm said, “Congressman Andy Barr’s appointment to serve as a member of the House Committee on Veterans’ Affairs is a true blessing for not only Kentucky’s veterans, but for veterans and their families throughout the country. Congressman Barr has worked diligently to develop a support staff, second to none, in executing actions conducive to timely response and effective action. I am so thankful for his efforts and willingness to serve those that have served, those serving, and those preparing to serve. God bless.”

The committee has jurisdiction over the Department of Veterans Affairs (VA) and is responsible for overseeing the operations of the VA and recommending legislation to better provide for veterans’ benefits.  Barr will also remain a member of the House Committee on Financial Services, on which he has served since 2013.

“I am extremely honored to be selected to serve on the House Committee on Veterans’ Affairs and advance policies that better protect and serve our nation’s veterans,” Barr said.  “Since I was first elected, I have been proud to advocate on behalf of Kentucky’s veterans and use the advice and input from my Sixth District Veterans Coalition to educate my decision making.  After securing several successful legislative wins last Congress, including the renaming of the two Lexington VA Medical Centers, the VA MISSION Act, and the Military SAVE Act, I look forward to the opportunity to further support and develop veteran services in my role on the Committee.  I remain humbled to represent the brave men and women who selflessly fought on behalf of our country to secure our freedoms.”

Kentucky Department of Veterans Affairs Commissioner Brig. Gen. (Ret.) Benjamin Adams said, “Congressman Barr is absolutely the right person for the job.  He has been a strong voice for veterans for several years. His selection for the Veterans Affairs’ Committee is a testament to his commitment to ensure all veterans receive what support they need and protects their benefits for the future.”

Shortly after taking office, Barr established the Sixth District Veterans Coalition to give veterans the opportunity to offer advice and input on their needs, including ideas for legislation, and to serve as a proactive partnership that works to address veterans’ issues on both the local and national level.

Gene. (Ret.) John G. Coburn said, “I can think of no one better qualified than Congressman Andy Barr to receive his assignment on the House Committee on Veterans’ Affairs.  Kentucky has always provided more than its fair share of service members throughout the world, wherever they are needed.  I am sure Congressman Barr will be an advocate for not only veterans from the state of Kentucky, but for veterans all across the United States.”