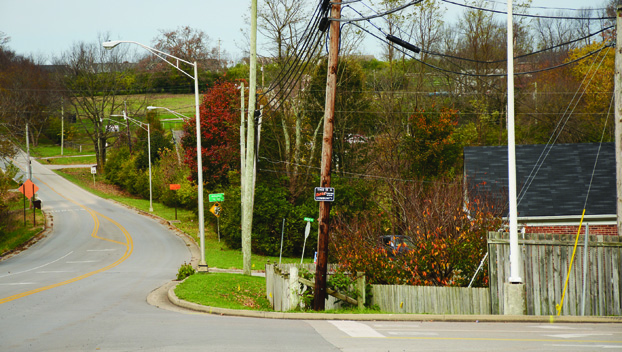 A safer path for students walking to and from schools along Wilmore Road and East Maple Street moved closer to construction this summer as the city approved preliminary design plans for a portion of the corridor.

The plan to construct a wide asphalt path along a five-mile corridor was identified as a need in the 2016 Bike and Pedestrian School Connector Study, commissioned by the City of Nicholasville, the Jessamine County Fiscal Court and the Lexington Area Metropolitan Planning Organization.

The path is set to eventually stretch along Wilmore Road from US 68 to Main Street, and along East Maple Street from Main Street to the East Jessamine High School entrance. This area includes three elementary schools, a middle school, two high schools, the Early Learning Center and the Jessamine Career and Technology Center – as well as a number of parks and other recreational facilities.

“Students over the years have worn a goat path along that corridor,” Nicholasville Engineer Tim Cross said. “There are some sections of the path that are rural, some that cross over busy intersections and some that don’t have lighting.”

Nicholasville, and an engineering consultant team led by Strand Associates, Inc., have completed preliminary right-of-way plans for the first two projects identified in the study. Designs for the two projects were funded by two federal grants through the Transportation Alternatives Program awarded by the Kentucky Transportation Cabinet (KYTC), said Chase Wright of Strand Associates.

The first project, dubbed the East High Project, will include a path along the north side of East Maple Street from Central Avenue to East Jessamine High School along with roadway including drainage and lighting improvements. The project has reportedly been given top priority because it is closer to residential neighborhoods and has more foot traffic.

Wright said the design team collaborated with KYTC District 7 to identify safety improvements for students crossing East Maple Street to get to the path; such as a median refuge island, signage and lighting and ways to slow traffic.

The second project, the West High Project, will include a path along Wilmore Road from West Jessamine High School past West Jessamine Middle School and Rosenwald Dunbar Elementary School to Allie Run.