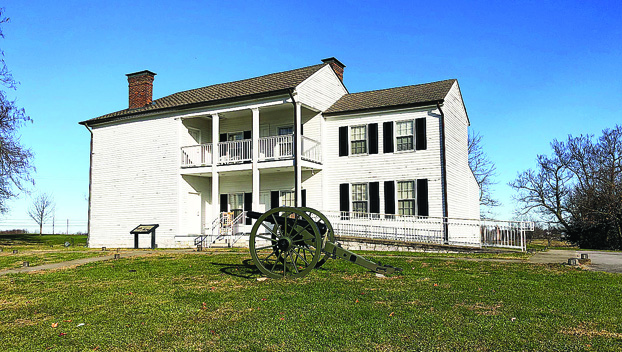 The Jessamine County Fiscal Court voted last week to continue normal operations at Camp Nelson despite the government shutdown effecting many federal agencies across the nation since Dec. 22.

President Trump’s pressure to build a $5.6 billion border wall has resulted in a quarter of the federal government closing for close to three weeks — one of the longest government shutdowns in history.

“They sent a letter saying if you want to continue to operate you can, however you have to agree to not accrue any expenses the federal government would be responsible for,” Jessamine County Judge-Executive David West said.

The magistrates opted Jan. 2 to keep Camp Nelson open to the public, and even received a call from a family in Texas who was pleased to find the park still operating and said they would make a trip for a visit, West said.

The president signed the act after receiving congressional and public input on Camp Nelson’s importance to America’s heritage.

Over the course of the next three years, the federal government will work to create a budget and gradually add more funds towards its ownership of Camp Nelson, making the Jessamine County Fiscal Court’s expected budget for operations less expensive.

County employees will remain at Camp Nelson and be paid for by the fiscal court until the federal government takes complete ownership. Over time, national park service employees will also be added to the staff.

“I think it is just the special nature of our agreement,” West said. “We have an agreement with them for three years until they finally take over. At this time, (we may be) the only one still operating in the nation.”

Trump addressed the nation Tuesday night during a press conference, stating “The federal government remains shutdown for one reason and one reason only, because Democrats will not fund boarder security.

“My administration is doing everything in our power to help those impacted by the situation. But the only solution, is for Democrats to pass a funding bill that defends our boarders and reopens the government,” he said. “This situation could be solved in a 45-minute meeting.”

Congressional leadership was invited to the White House Wednesday, where Trump said he was hopeful they could reach an agreement and the federal government shutdown would be resolved.

A year in review