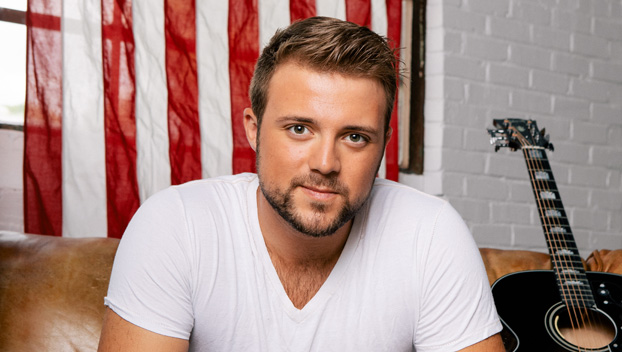 Inspired by a ‘Simple Town’

With a five song EP debuting at No. 5 on the iTunes country chart this fall, Walker Montgomery said he is excited to kick off tour dates with a performance in a place which will always be home: Jessamine County.

“Nicholasville is home, and it is always going to be home no matter where I am,” Montgomery said.

Growing up on 75-acres, Montgomery said he was blessed to be able to play outside and drive around with “momma and daddy.” Now, a resident of Nashville, Montgomery said he is focusing on writing songs and getting a publishing deal. Recently signing with William Morris Entertainment, Montgomery said he is looking forward to spreading out into the Ohio valley, the South and even recently performed shows in Kansas — although Kentucky will always be his home base.

“First time I heard my song on the radio I decided not to go back to college,” Montgomery said. “(My parents) never forced anything on me. I played football and basketball, and they put a little school around me, but they can’t get the bug out of the Montgomery family.”

Growing up playing sports and singing in the choir, Montgomery said he knew he would have to get a lot taller to have a career in basketball, and that is when he made the decision to start singing and doing local shows.

“Most of my friends went to West Jessamine,” Montgomery said. “After school we would hang out and some of them lived down the street. I come and hang out when I am back home, which isn’t very often anymore. Now, December comes around and there are not many shows. Nashville shuts down and I get some home cooked meals.”

A home, which Montgomery said inspired him to write his new song, “Simple Town.”

A song, he said, he wrote to remind people about how they were raised, and is available on his newly released EP, along with four others: “Just say when,” “Burning 18,” “You heard it here first” and “Just a Truck.”

“When people pitch me songs I just want songs that can relate to everybody,” Montgomery said. “Everybody has been through that. Summer songs, you have that truck that you go around in and farming – just something to remind people of how they were raised or what they did growing up. We got the love song, ‘You heard it here first,’ it is the only ballad on there. Just relatable songs.”

When Montgomery first started playing shows, his song list spanned a variety of classic tracks. Now-a-days, he said his set list is made up of 70 percent of his own music.

“We play a little John Michael Montgomery, a little Montgomery Gentry and my favorite is Luke Bryan,” Montgomery said.

Along with the newly released EP, Montgomery said he is looking forward to getting a plan together to start pushing more tour dates in the new year. Although, with not many set in stone yet, he is excited to have his first show be in Jessamine County.

“I am excited to have the first show of the year in Jessamine County,” Montgomery said. “I thought that would be a good little thing to raise some money for. Anything to help out Jessamine County. It is going to be a fun show.”