Emergency repairs approved for Lake of the Orchard spillway 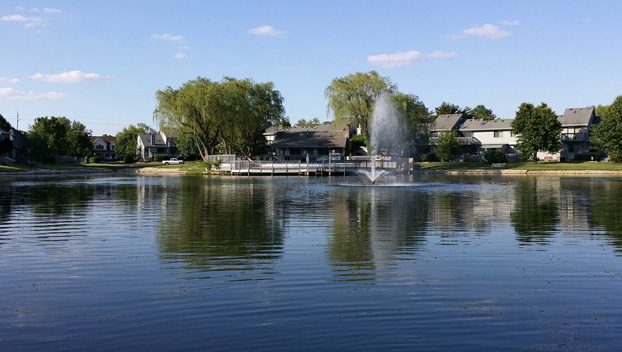 Earlier this month, Nicholasville City Commission approved emergency repairs that were discovered in a study from 1999 for the spillway in risk of collapsing flowing from Lake of the Orchard into Lake Mingo.

Estimated to cost $50,000, the work is projected to take two to three weeks for completion, depending on weather, with the project hopeful to be underway by the end of the month.

“I talked to them and had some pretty heated conversations with those folks,” Tim Cross, Nicholasville engineer, said. “I always said if the rules changed then I would take care of whatever it was. This is not a new issue. The study that we used was from 1999. I don’t necessarily think we are changing the rules, but I think we have found a way to make it work.”

Cross told the city commission the principle spillway which runs from the Lake of the Orchard and flows under Strawberry Road into Lake Mingo has failed considerably over the years. If the spillway were to collapse, there would be no way for water to be removed and would ultimately cause problems for residents, the roadway and put local utilities at risk.

“You have presented two options to take care of the issue,” City Commissioner Doug Blackford said. “You are going with we are going to replace the pipe?”

“Part of that is those pipes only have so much capacity,” Cross said. “So, we are trying to alleviate problems, and if we went to one pipe at the same size it would not help the capacity issue.”

The plan, Cross said, is to remove and replace the principle spillway from its current elevation from the lake to the park, and then remove the emergency overflow and lower it 18 inches which would help with the current flooding issue.

“The plan is also to make it wider and follow recommendations that is in PDR report,” Cross said. “And match the width. It has to be removed to replace the pipe.”

Cross said he believed this was the fastest way to get the work done. Once the sewer lines and water lines are all exposed, they will have some flexibility, Cross said.

“We are going to talk to the school system and talk to the chief and let everyone know what is going on,” Cross said. “We will put signs up.”

City Commissioner Patty Teater agreed the situation needs to be taken care of and commended Cross for looking out for the best interests of the city.

“We need to make sure we stay out in front of this and make sure we use every avenue possible for public notification and good clear information for how we want people to drive around that in that time,” Blackford said.