Zaxby’s toy drive grows to give gifts to 31 children 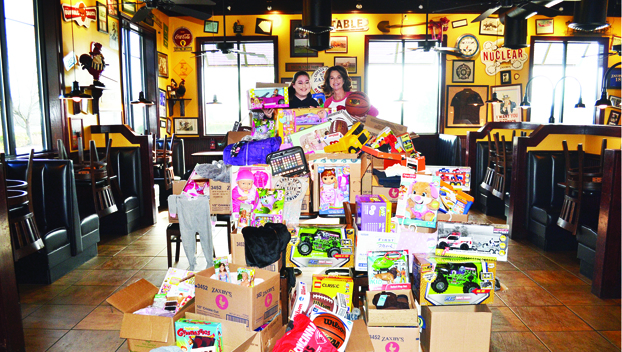 Sandy Adams and Danica King have been collecting gifts for the Zaxby’s Princess Angel toy drive for six years. Starting off supplying gifts for 13 children, this year, the woman had their largest toy drive event yet, with 31 local children receiving gifts this holiday season.

“We have a princess pig in the office,” Adams said. “They feed the pig. Whatever they raise throughout the year, the company matches.”

The efforts this year were also helped by Kayleigh Adams of Cakes and Events, who held a private fundraiser, which Zaxby’s matched as well. The yearly toy drive is also helped by local sponsors in the community.

Obituaries published in the Jessamine Journal 12.20.18