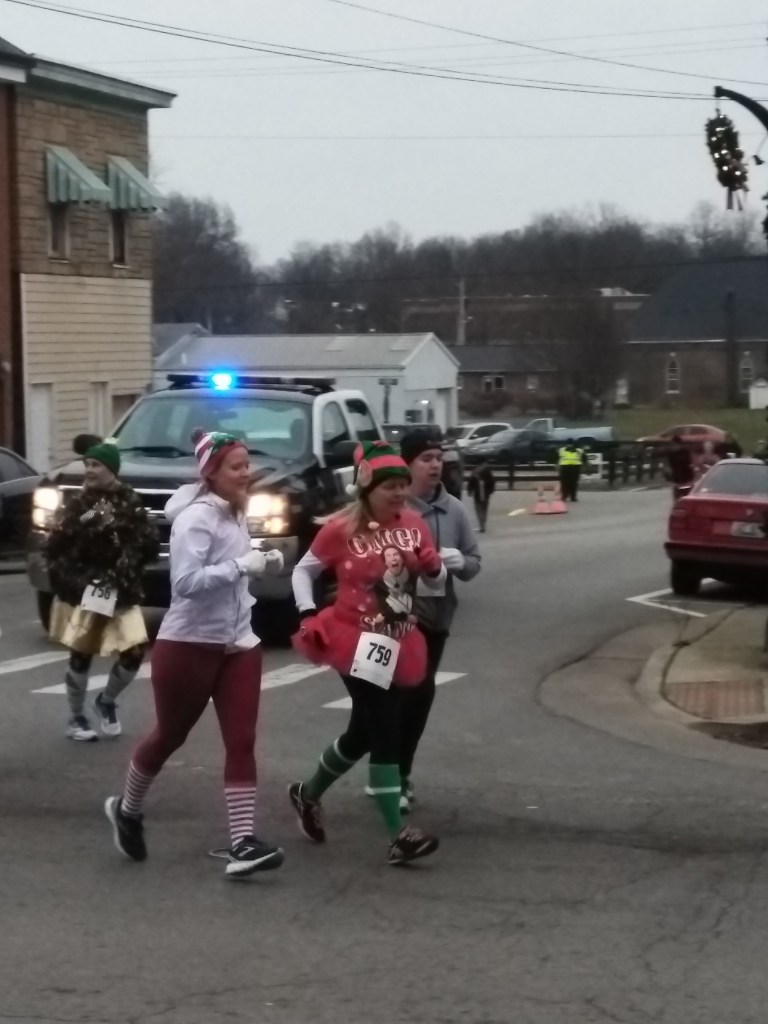 What’s better than a 5K run in 20-degree weather? Perhaps a 5K run while wearing an ugly Christmas sweater.

The run started at 4 p.m. and lasted around 30 minutes as people of all ages, from adults in their upper-60s to children barely in elementary school, participated in the event.

Many other attendees stood at the Jessamine County courthouse to welcome runners to the finish line.

John Howard, of the parks and recreation department, said the race was first conceived several years ago after he had the desire to add another race to the list of races the department was already hosting later in the year for the county.

Originally, it wound its way through neighborhoods close to the parks and recreation office, but with the help of the Nicholasville Police Department, the entirety of Main Street is now closed yearly to host the race, Howard said.

This year’s Ugly Sweater Race began in front of the Coolidge Building on East Maple and ended at the Jessamine County Courthouse.

Howard said the parks and recreation department has conducted almost 80 races in the last 12-years, and the ugly sweater race is a great addition to the list of events.

Participant Tiffany Baker said she ran the race to encourage better health in the local community.

“I like to support people getting healthy,” she said. “Our county needs more of that.”

An award ceremony was hosted shortly after the conclusion of the race with Jessamine County Chamber of Commerce President Cathy Lowe presenting awards to the top runners.

The top three female winners were Liz Combs, Tiffany Baker and Chloe Shafer. Combs also received an award for the fastest runner overall, with a finishing time of 22:47.

Howard ssaid some of the positive effects that races such as these have on the community include, “providing recreational opportunities for the community, promoting healthy exercise for all citizens, and establishing lasting partnerships with groups like John’s Run Walk Shop and the Jessamine County Trails Association.”