Davis decides not to proceed with recount 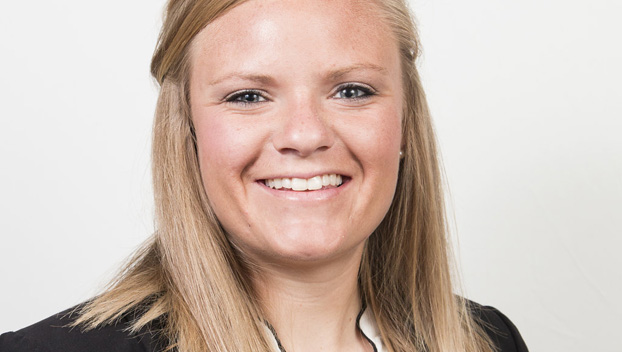 After being served a court date and posting a bond for $5,000, former city commission candidate Bethany Davis decided to dismiss her case late last month after estimated costs for the recount exceeded $10,000.

An unfeasible amount, Davis said she made the decision after counseling with her family and multiple phone calls to the company in charge of the recount, Harp, to see if anything could be done about their rates.

“I tried hard to fight to make sure every vote was tabulated correctly, but at the end of the day, I couldn’t make it happen,” Davis said. “It shouldn’t cost that much for a recount. Throughout the process, I have learned a lot. Although, I feel like there’s been something left unfinished. I know I gave it my all in every task and hurdle I jumped through.”

Originally, Davis said the Jessamine County Clerk’s Office based their rate off of a previous rate for a recount which was held eight years ago. After working with her family, Davis was able to initially secure the estimated funds she needed of $5,000.

“Leading up to the recanvass, I was really hoping that there was one number that was misread election night that would have changed the final tally,” Davis said. “Leading up to the recount, I was a little stressed with coming up with funds, but once I collected what I thought needed to be collected, I felt relief.”

However, when the news of the new cost was delivered to her, it became a whole other ballgame, Davis said.

“We were mad for sure that a company would charge $7,000 or better to bring machines 15 miles south to Nicholasville, but that’s their call,” Davis said.

Harp, Davis said, agreed to bring the machines back for $5,000 plus an additional $500 a day for their workers. After being told the recount would take four to five days, Davis said she decided to pull the plug after doing the math for the required expenses.

“My followers are definitely disappointed,” Davis said. “Some were very encouraging and wanting me to run again, while others felt as if their vote meant nothing because at the end of the day, their vote came down to a draw out of a hat. What I will say though, is the votes do matter. If just half of the people who forgot to vote or do not vote at all voted, there would’ve been a different outcome one way or the other. People don’t expect these races to be that close, but they obviously are and may come down to the one vote.”

For now, Davis plans to stay active in the community and is currently working on a project gathering coats for kids and families in need. She is also working with local non-profits to brainstorm ideas which would benefit the community. Staying involved in parks and recreation, Davis is also looking for ways to make an impact financially to the parks and recreation system here in Jessamine County.

“Now that the process is over, I feel a little disheartened, but motivated for the next election,” Davis said. “As of now, I plan on running again in two years. My team and I worked way too hard to not give it another shot. We didn’t lose on votes and received just as many as someone who has been in office in the position for four years or so. That’s promising and definitely motivating.”

Running a campaign, she said, is hard work and cannot be done by one person. Through her experience, she said she has been blessed and humbled and is looking forward to hopefully a different outcome in two years.

“I just want to say first and foremost, thanks to God for his hand in all of this, he looks out for us in all things and I am trusting in him on the finality of everything,” Davis said. “I also want to say thank you to each and every person that helped me along the way… Nicholasville be ready because I look to earn every vote possible in the next election. Lord willing, I will be back and look forward to serving our city any way I can in the meantime.”