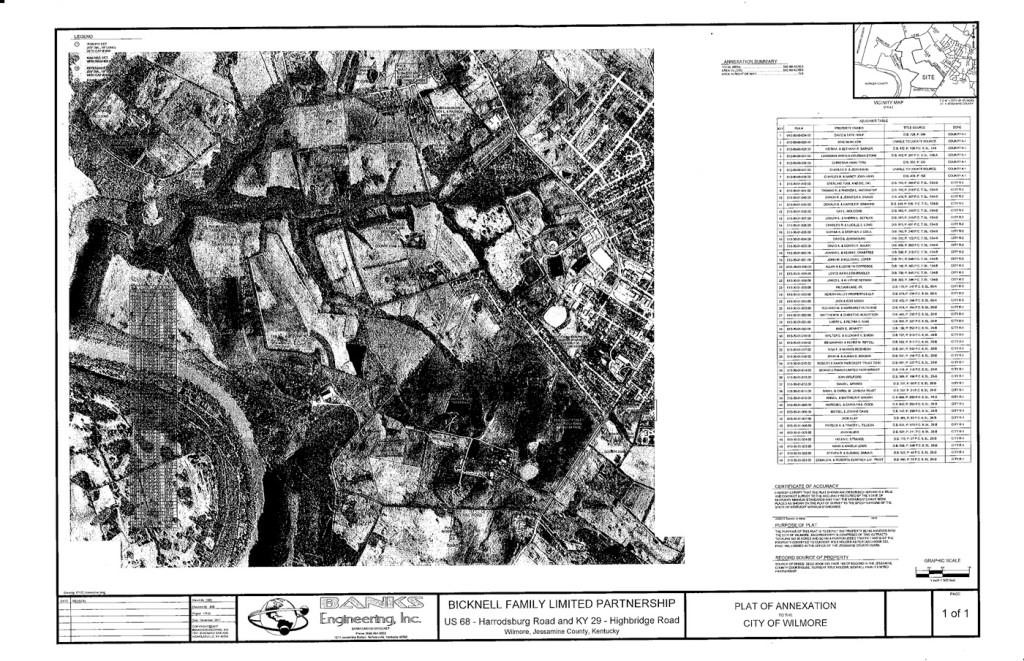 “There is no question that the property boarders significantly along the existing city limits,” Robert Gullette Jr. said. “Statutorily, it is approvable for annexation. The question that I know each of you will have is why the city should annex this property. The reason is, I believe this is a win-win proposition.”

Two tracts of land were presented for annexation. The first tract is 451 acres with the other potentially adding 141 acres to the city.

“This request is rather simple, but we acknowledge that the request is significant,” Gullette said.

Gullette told the city council the idea for the annexation was brought to Peggy Bicknell’s attention after a conversation with her estate planner.

Although the family has no plans to do anything with the property at this point, they still wish to approach the council for annexation as an agricultural zone, Gullette said.

Gullette said approval of the annexation of the 590 acres of land would allow the city council to be able to greatly influence what the planning commission will do with the property when that time comes.

One example Gullette gave to support the annexation was the 42 acres of land across from Harrodsburg Road and the Roseglade Farm in Wilmore.

“(This is) one perfect example of how property not being in the city does detour its development but yet does not benefit when developed,” Gullette said.

This was brought before the council in 2016 after three men proposed a change to the development plan which was originally approved in 1997.

The plan at that time had 175 houses on the property. In the new proposal, the houses would be moved to the northern most corner, closer to the Y intersection, thus moving the conservation easement of about 100 acres of protected green space to the southern part of the farm.

When proposed to the council two years ago, the 1997 development plan for the Roseglade Farm would still be a part of the designing features of the new 2016 request.

Stipulations such as lot sizes, house sizes and other factors would also remain the same.

“(This property) clearly touches the city yet it is not in the city. That property now has been rezoned to residential,” Gullette said.

By approving the annexation of the Bicknell family farm’s 590 acres, the city would be gaining the best of both worlds, Gullette said.

“You have brought us some opportunities, I will admit,” Rainwater said.