‘We’ve got to continue to push’ 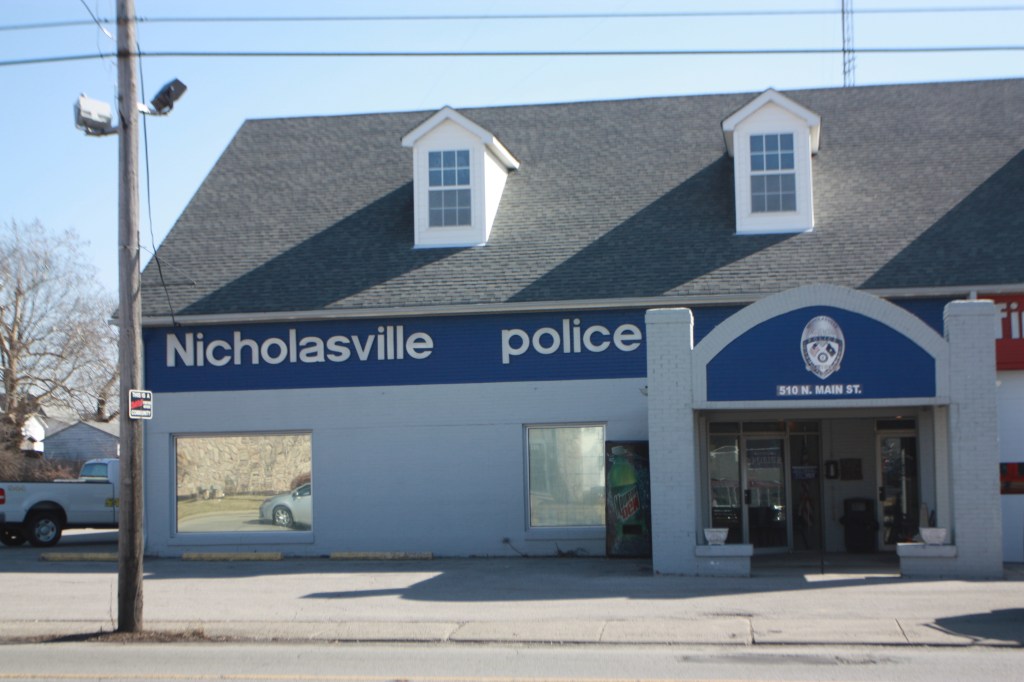 For the Nicholasville Police Department, a constant battle over the past two decades has been taking on a growing city with limited officers.

“It is like a revolving door here,” Nicholasville Police Chief Todd Justice said. “We hired 20-plus officers in the last year and a half. With academy time and FTO, we can’t turn them out faster than we are losing them … We lose three to four a year to better pay or retirement.”

For a city that has grown from roughly 20,000 to 35,000 people, Nicholasville Police Sgt.Kevin Grimes said in 20 years, the starting pay for an NPD officer has only increased by roughly $8 an hour.

“They do their training here,” Grimes said. “They are three-years under contract and then they go somewhere else. If you can’t pay them, then they will go find someone else who will — and that is what is going on here.”

Justice said at the rate the city is growing, there may come a time when the NPD may not be able to provide its services like they want to if they are unable to keep officers on staff who they have spent the time and money to train.

“It is going to be like your Lexingtons where you have an accident, everyone is tied up and you sit there for an hour,” Justice said. “This isn’t Mayberry. We have crime here, too. Because we are so close to Lexington, we have a lot of bleed over.

“We are not a small town anymore and we need to stop thinking like that. We need to get ahead of this because it is only going to make it worse as more time goes.”

According to Justice, the number of new recruits with less than five-years of experience is more than 50 percent for the department.

The officers on staff with more than 15-years of experience, is less than 5 percent.

“With that comes growing pains,” Justice said. “You are going to have inexperience. We try to pass all of this knowledge on and we are not able to (do that) efficiently anymore because there is so much turn over. When you train a bunch of people and you give out your knowledge, then they leave, and they go and use that knowledge somewhere else, you have to start all over.”

To Grimes, every department in the city is dealing with growing pains in some way.

“With growth comes crime. With crime addition, you need more infrastructure and they have not provided that,” Grimes said. “Electric department, water department, everybody has these problems … but if the cops can’t show up to your house when someone is doing something bad to you, that creates a problem.”

Adding officers may be high on the department’s priority list, but there are still other challenges it faces, including the need for a new police station, Grimes said.

“It would be great to have a new building. We need a new building, but we also need money,” Grimes said. “I have to have my classes at JCTC. I don’t have any space.”

Justice agrees, and said the department is unable to hold trainings or conferences at the police station.

Sharing with the fire department, Justice said the city is currently talking to the department about the addition of a new police station in town, but nothing has been decided.

“I think there is a lot more support out there than we see,” Justice said. “We have built our department on community. When I took over, that was one of the big pushes. Community is where it is at. We are there for the community. We want their support. We need to be there for them, so let’s do what is right. That is what we do.”

Grimes said the department would like to even grow its community services division in years to come, although it is at a stand-still until the department is able to get the “back-bone” of its operation, patrol, caught up and staffed correctly.

“We keep battling,” Justice said. “That is all we can do. We just need people to hear us that we need more than what we got.”

“We’ve got to continue to push,” Grimes said.