Searching for the golden ticket 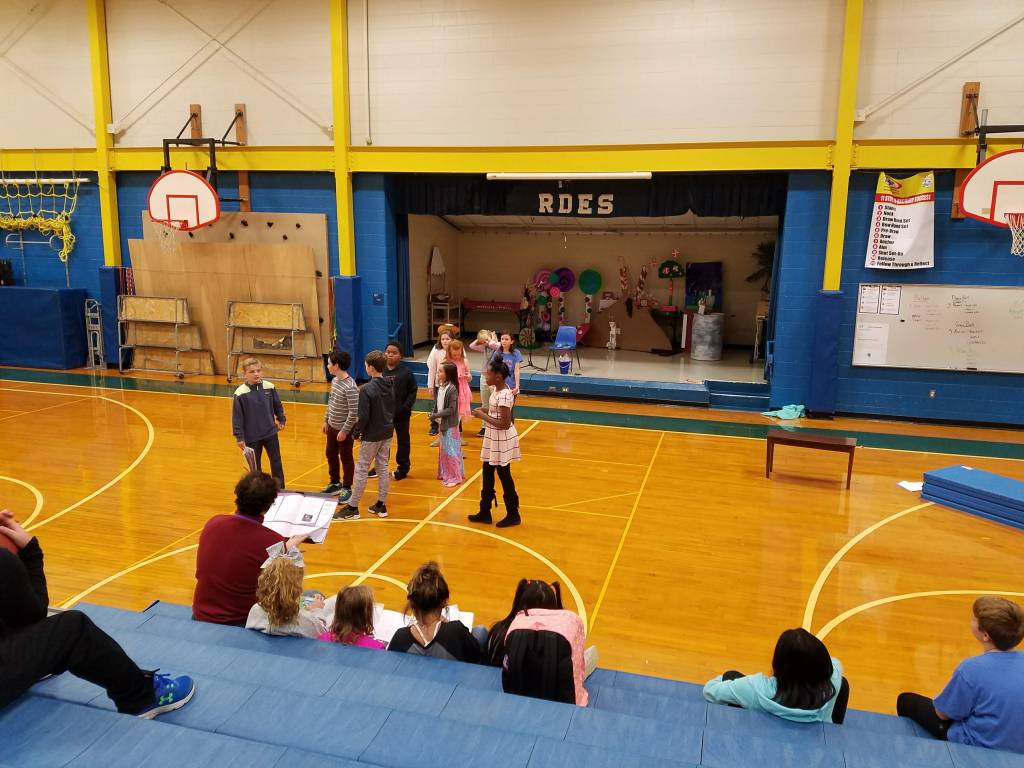 Fifth-graders at Rosenwald Dunbar Elementary School welcomes the community to their performance of Willy Wonka Jr. free of charge at 6:30 p.m. Friday in the school gymnasium.

Music teacher Dylan Schatko said the show’s theme is doing the right thing even when it hurts.

“Wonka designed his factory tour to purposefully tempt each child as they came through his factory,” Schatko said. “He wasn’t necessarily looking for a kid with the most talent, the biggest IQ or even the power to get things done. Wonka was looking for a child with a good heart.”

This is Schatko’s first musical as a teacher and he said he is excited and proud of the over 120 students at the elementary school who are a part of the performance.

“The fifth-graders have worked so hard for the last two months on memorizing lines, practicing dances, building set pieces and designing advertisements for the school building,” Schatko said.

Schatko said music and the arts are becoming invaluable to kids in an era where technology has grown more common.

“It’s the arts that keep us grounded in our humanity,” Schatko said. “It points us back to the fragility of our existence. For kids, that means it helps them stay connected to imagination, creativity and expression. Kids need to continue to fuel their imagination through the arts, so they can always see other people as people with hearts, emotions and differences. Music can speak when words cannot.”

Schatko said his favorite part about teaching music is being surprised by the kids’ minds.

“Just about every day a child will either ask a question or come up with an idea that is so creative I’m shocked by it,” Schatko said. “I love it. They have few limits on what is possible and very little sense of the impossible. I love being able to give their imagination a little more to work with.”

Schatko said he hopes the musical will bring more than just enjoyment.

“I want to bring hope to the audience that if they believe it, they can make anything come true,” Schatko said.