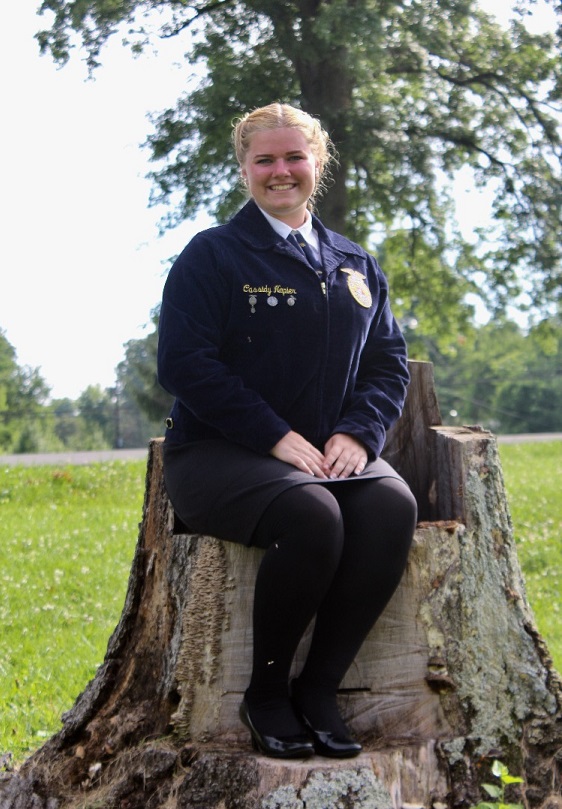 INDIANAPOLIS – Cassidy Napier, a member of the Jessamine County Future Farmers of America chapter in Nicholasville, recently competed during the 2018 National FFA Convention and Expo in Indianapolis where more than 65,000 FFA members and guests were expected to be in attendance for the four-day event.

Napier, a junior at West Jessamine High School and daughter of Craig and Debbie Napier, has been selected to perform in the National FFA Talent Competition.  She has been playing piano, singing and acting in musicals since the age of six and has participated in Jessamine County arts through the music programs at both Wilmore Elementary and West Jessamine Middle School.  As a high school student, she has continued to perform in local open mic nights, the Jessamine County Fair and on the youth praise team at church.

Napier performed on stage after submitting an application along with a recorded audition. Nearly 50 acts from throughout the country have been chosen to perform during general sessions, meal functions and receptions. During the convention and expo, all acts had the chance to compete in three rounds and be judged on preparation, delivery, engagement, entertainment value and technical ability. The winner received $250.