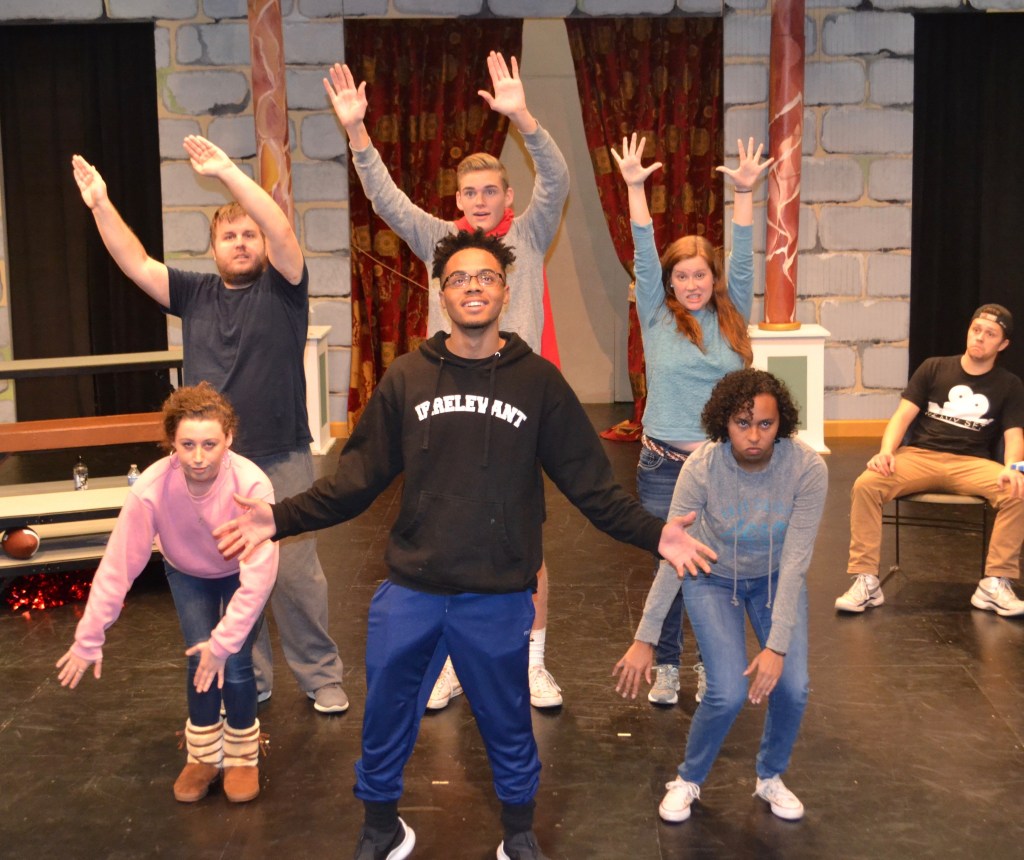 The Asbury University theater department is performing “The 25th Annual Putnam County Spelling Bee” in the Greathouse Theatre in the Miller Communication Arts Building in Wilmore at 7:30 p.m. on Nov. 8 and 9 and Nov. 15 through 17 and 2 p.m. Nov. 10. Tickets are $5 for students, seniors and faculty and $10 for general admission.

“The 25th Annual Putnam County Spelling Bee” is the first musical the Asbury theatre department has performed in six years.

Carol Anderson, instructor of theater and worship arts and the show’s director, said the Broadway musical has won eight Tony Awards and was chosen by the students.

“The students wanted a musical that wasn’t Disney but set in the issues of a real world with real family issues. It has great music and a good story,” Anderson said.

“I think the best musicals bring entertainment, and there’s plenty of that in this show, but it also lingers with us and makes us think,” Anderson said. “The journey of this show is as much fun as the destination with outstanding music and a fascinating story. It also includes some hilarious audience participation making every show fresh and different.”

Anderson said the cast and crew have grown close together in the six weeks of practice before the show opens on Nov. 8.

“This has been a big growth experience because it is a tight ensemble show with complex harmonies and unique characters that need real people to make it work,” Anderson said. “It’s a challenge that this cast is meeting and is a great showcase for talent.”

Cast member Ben Jeffers, a sophomore and biology education major, also emphasized the aspect of community among those involved.

“My favorite part about the rehearsals has definitely been the bonding we’ve experienced collectively as a cast,” Jeffers said. “Through the struggles and successes that come with putting together a musical, we’ve come to be so close with one another. I love how theatre brings a group of people together. I’m so grateful to our director, Carol Anderson, for making this possible for the cast and honored to be able to perform with such talented people.”

Jeffers said he will be performing as Leaf Coneybear, a young boy who enjoys life and his newfound love for spelling.

Anderson listed some of the themes that are woven through the musical like the true outcome for winning, how parents affect their kids’ competition and the lessons children learn from the competition. Anderson said she hopes audiences will not only laugh and have a good time but also take the themes and use them to encourage their kids, no matter how old they are.

“This show is relevant for the sometimes-competitive academic atmosphere of Asbury where students can lose sight of the forest for the trees in the competition for grades,” Anderson said. “It reminds us to connect with the breathing space in life.”

Cast member Lauranne Rose, a junior double major in music and musical theatre, said she hopes audiences will enjoy the production for its strong family values. Rose will be portraying Logainne SchwartzandGrubenierre in the musical.

“I hope that audiences will watch this and walk away feeling relieved, but appreciating their family more, being grateful for the little things they have in life.”