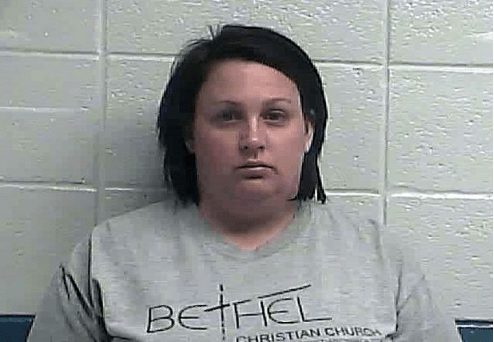 A Nicholasville woman could spend 15 years in jail after pleading guilty to charges of abusing a child she babysat.

Kylie was 4-months-old at the time the abuse occurre, which resulted in a fractured femur, a fractured skull and fractured ribs. She was admitted to University of Kentucky Chandler Medical Center and listed in critical condition.

Kylie also had a stroke and was later diagnosed with cerebral palsy following the incident.

According to the police report, Thompson called Kylie’s mother, Natasha Sizemore, and told her Kylie was choking. Natasha told Thompson to call 911 and then called the child’s father, Joe Sizemore.

The police report states when Joe Sizemore arrived, Thompson was holding Kylie and the child’s eyes were reportedly rolled back, she was limp and not breathing.

“She had blood coming out of her ears, something was not right,” Lauren Sizemore, Kylie Jo’s aunt, said in a previous interview.

According to the police report, the Sizemores discovered Thompson through acquaintances and Facebook. Thompson was a Sunday school teacher who had come highly recommended to the Sizemore family.

Lauren previously reported multiple children were under Thompson’s care at the time of the incident.

Following the incident, the Sizemore family created a petition to have HB 129, the “Kylie Jo Sizemore Law,” passed. The bill was filed by Rep. Stan Lee and Rep. Wesley Morgan Jan. 4, 2017.

‘A story the whole nation can appreciate’