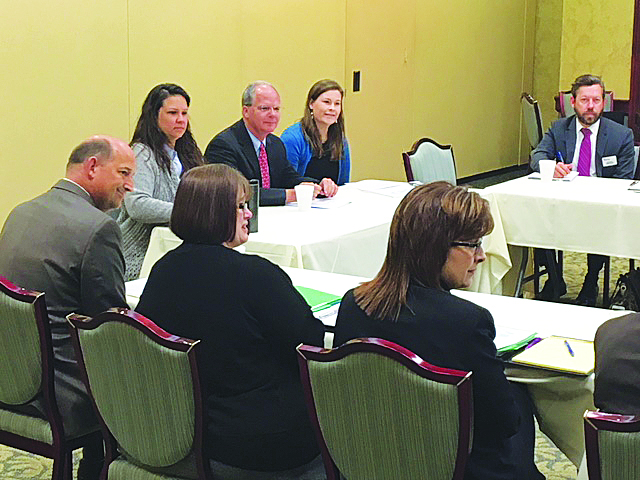 (ABOVE) Almost 20 stakeholders, including Kentucky Medicaid officials, Area Agency in Aging staff and care providers, joined U.S. Rep. Brett Guthrie last month at Asbury University. Guthrie talked about his bill and its status in Congress stating he is hopeful it will pass later this year. After Guthrie discussed his bill others at the event spoke about the need to extend the MFP program and other ways Medicaid can be improved to help vulnerable patients.

(RIGHT) Guthrie hosted a discussion regarding the Medicaid “Money Follows the Person” program at Wesley Village in Wilmore. This program allows certain Medicaid users, such as seniors and individuals with disabilities, to transition from a nursing home or institutional care to receiving care in their own home. Guthrie said his EMPOWER Care Act, which has advanced through the House Committee on Energy and Commerce, extends this vital program.