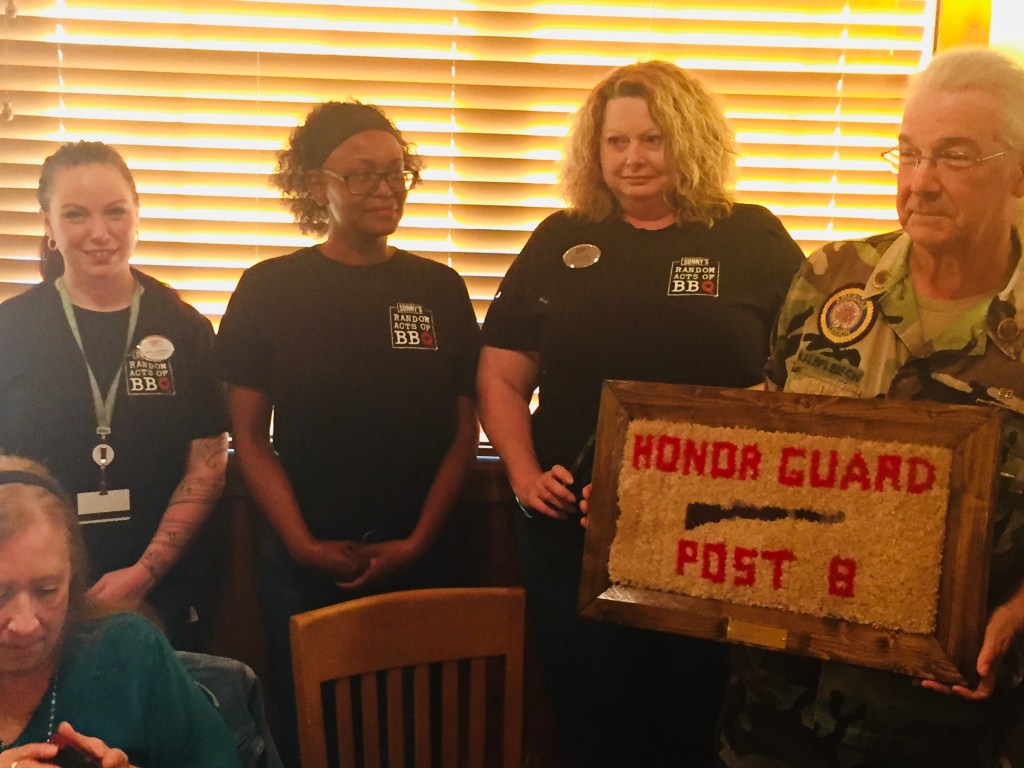 John Kalbfleisch was this year’s winner of the “Random Act of BBQ” contest hosted by Sonny’s BBQ in Nicholasville. Kalbfleisch is the head of the Honor Guard for American Legion Post 8 in Lexington which assists in conducting hundreds of military funerals each year for veterans at the Camp Nelson National Cemetery as well as other cemeteries in the area. Kalbfeisch plays harmonica for the ceremonies, takes the calls from local funeral directors to schedule involvement, notifies each one of the Honor Guard hosted members, prepares the rifles and flags used and insures all equipment is up to standard. In addition to his service through the Honor Guard, Kalbfeisch also hosts a Veteran’s Bingo night at the American Legion post every month for many veterans who can’t do much else.