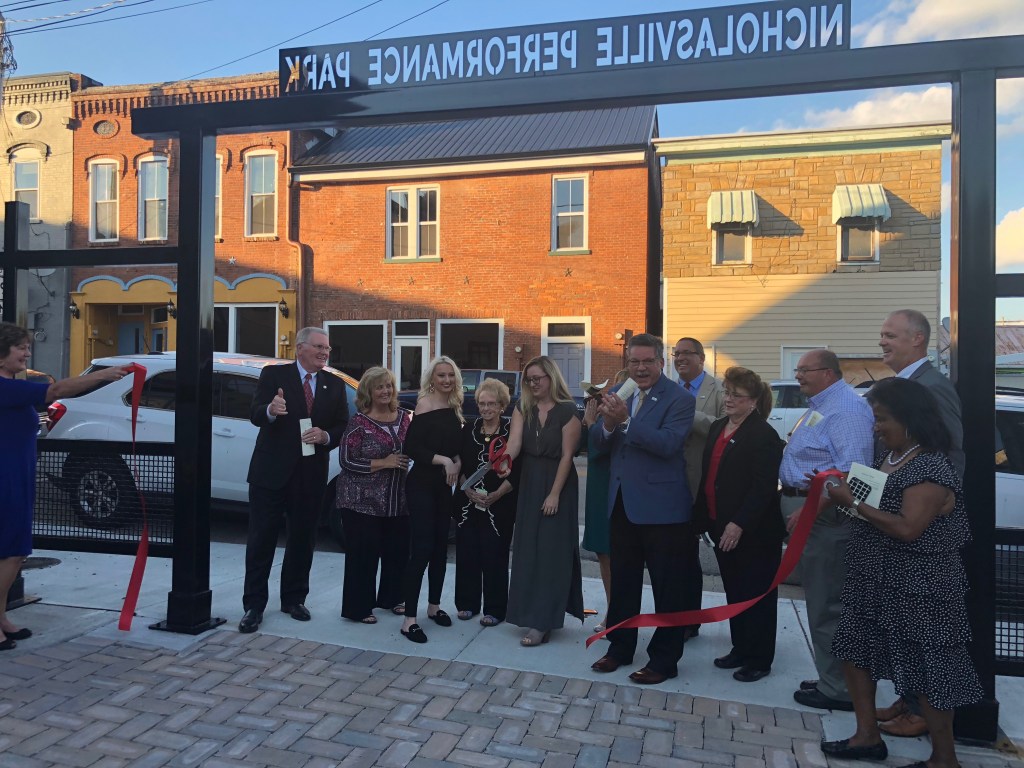 “This was originally inspired by Connie Grayson,” Sutherland said. “She called me and said we really need to do something about this little hole over there – and Roberta Warren. Without Roberta, we would not have been able to fund this. She knew we had money from the state we had not used from the downtown project and we were able to spend it.”

Meyer spoke and first thanked the mayor and city commissioners for their leadership with the project. He said the project dates back to 1999 with a vision from the former Nicholasville Now group.

“A project like this is not easy,” Meyer said. “When there was already a hole and they had the vision to take it around that way, it really tied it in well, but a project like this comes together through a community with a lot of heart and a lot of vision to make our community nice and something that we are all proud of.

“I feel like this really started back in 1999 when a group was pulled together to create the Nicholasville Now group who wanted a vision for downtown and its future and who had a lot to do with bringing the downtown project together.”

Meyer complimented the city employees for the many hours of hours and planning to bring the park together.

Buford brought special attention to Pinkston, saying it was only fitting the park is named after him.

“He used to entertain my grandchildren at Christmas,” Buford said. “This is a perfect thing to dedicate to him. … It is an honor to be here and I am glad the funds were available. I think in years to come I know groups that have plays and different things will probably do an outdoor drama (here) and we will experience a lot of great times in this park. Thank you all very much. It is your money and I hope you think it was spent well.”