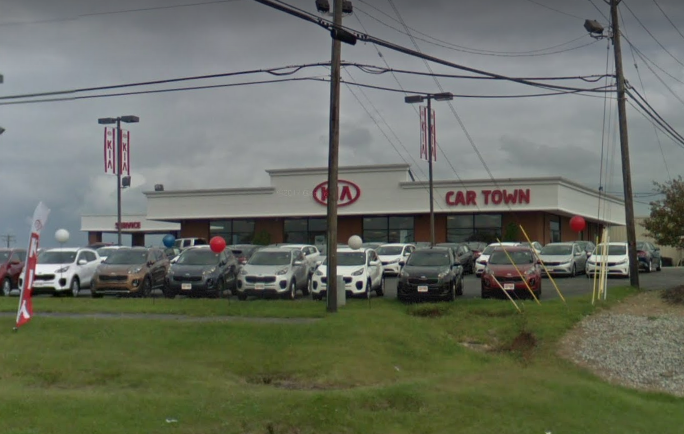 Two people were burned after a barrel of flammable liquid exploded outside the Cartown Kia at 3120 Lexington Road.

By Fred Petke, For The Jessamine Journal

Two people were burned after a barrel of flammable liquid exploded outside a Nicholasville car dealership Wednesday afternoon.

Nicholasville Fire Department Battalion Chief Mike Bales said the two people were both employees at Cartown Kia, 3120 Lexington Road. Both were taken to the hospital, and one of them was later transferred to an area burn unit.

“One had some pretty serious burns,” Bales said.

The incident was originally reported as an explosion with fire and people trapped inside, but Bales said no one was trapped and the explosion occurred outside the dealership.

No other injuries were reported, he said.

The department’s fire marshal is still investigating the fire, including the liquid involved and the source of ignition, Bales said.

Bales said all of the city’s on-duty firefighters responded as well as several from Jessamine County Fire Department and multiple EMS units.