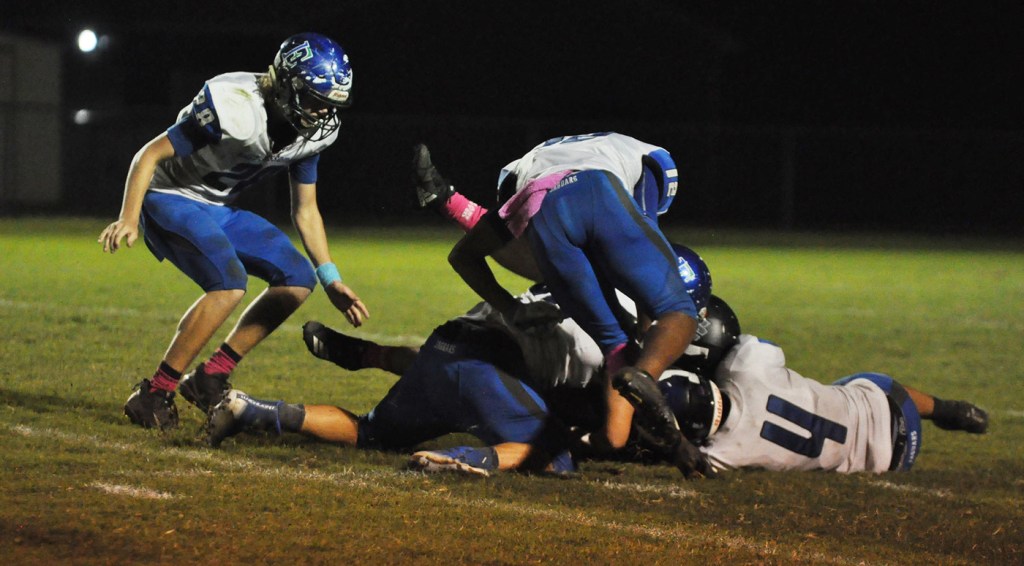 The Taylor County Cardinals had heard all the talk about how Class 4-A, District 5 ran through East Jessamine.

They didn’t buy any of it.

Sophomore tailback Wes Oliver had two rushing touchdowns, senior wideout DeJhon Irvin had one receiving and one rushing touchdown and the Cardinals put up 440 yards of offense in their 34-0 win over the Jaguars Friday night.

East Jessamine (2-6) lost for the fifth time in six games, falling to 0-2 in district play. The Jaguars are the two-time defending district champions and had beaten Taylor County in each of the past three seasons since the teams were put into the same district.

But the Cardinals took care of business after shaking off a sluggish start.

The game was scoreless through the first 12 minutes, but Taylor County got its offense in gear in the second and third quarters by blending its spread look with the wishbone.

Oliver’s 19-yard run with 7:27 left until halftime put the Cardinals up 6-0. On Taylor County’s next drive, the Jaguars left Irvin uncovered – and he made them pay by making an easy catch from senior quarterback Grant McQueary for a 54-yard score and 12-0 lead.

Junior fullback Logan Parker scored on a 1-yard run to stretch the lead to 20-0 in the third quarter, then Oliver tacked on his second score of the night to make it 26-0.

Irvin scored the final touchdown of the night, breaking free for a 46-yard run to set the final margin.

East Jessamine couldn’t get much going against the Cardinals’ stout defense. The Jaguars had just 170 yards of total offense, with 158 on the ground and 12 passing.

The Jaguars were penalized 13 times for 103 yards compared to just three for 16 yards for the Cardinals.