Obituaries published in The Jessamine Journal 9.27.18

LilliAnne was a talented young woman. She excelled at many things from dance to drawing to yoga and beyond. She was a free spirit. She was as beautiful inside as she was outside. She was a natural teacher. She touched the life of anyone she came in contact with. Her life was not without struggle, she battled an invisible illness that few understood, for that we are proud of her.
She will forever be missed. The world will be a little dimmer without her shining light.

Services for LilliAnne will be held Today at 5 p.m. with a visitation from 6 to 8 p.m. at Clark Legacy Center-Brannon Crossing-Nicholasville, KY.
The family has requested contributions be made to the National Alliance on Mental Illness.

Alexis B. McKinney, 26, our sweet daughter, passed away. Alexis was born in Lexington, Kentucky to Mark and Rebecca McKinney on Oct. 7, 1991. She is survived by her sister, Kurstin Lynn McKinney, and a loving extended family.

Thelma was born to Kelman Spencer and Eliza Gilbert Spencer on Sept. 15, 1943 in Breathitt County. She was a ‘coal miner’s daughter’ raised at the Blue Diamond Coal mining camp at Leatherwood in Perry County, graduating from Leatherwood High School in 1962, the same year she married her husband Donald Combs.
Don and Thelma lived most of their adult life in Lexington and Nicholasville, having resided in Nicholasville for the past 42 years where they raised their sons Brandon and Jason. Thelma worked in management positions at S.S. Kresge’s, Hallmark and JC Penney’s and worked in various other activities before becoming a homemaker. Thelma was a devoted Christian who loved family very much, a hard worker, and was a giving, gracious and caring woman to all.

Claudia Helton, passed. She was born in 1931, in Stanton, Kentucky. A graveside service was on Wednesday at Camp Nelson. Betts & West officiated.

JoAnn loved caring for others and making sure they were well fed. Her love of gardening, decorating and crafting were evident in and around her home. She had a God given talent to teach and work with children. A memorial celebration will be held on October 6, 2018 from 4-6PM at Wesley Village, 1125 Lexington Road, Wilmore, KY. En Lieu of flowers, donations may be made to the Alzheimer’s Association or American Cancer Society

Marvin was born to the late Nealy and Walena Collins Lunsford, on Feb. 10, 1952. He owned his own business, Doc’s Electronics. He is survived by one daughter, Sherrie Anne Lunsford, and two brothers Glenn and Donnie (Nora) Lunsford. Marvin is preceded in death by his sister, Linda Parker.

Services will be today at 2 p.m. at Betts and West Funeral Home. Burial will immediately follow at Maple Grove Cemetery. Visitation will be held before the funeral at Betts and West from 11 a.m. until the start of the funeral. Online guestbook can be viewed at www.BettsandWestfuneralhome.com

Hager & Cundiff was honored to serve the family of Juanita Keller, 88, widow of Robert “Bobby” Keller, beloved mother of Gary, Kehrt and Frank. 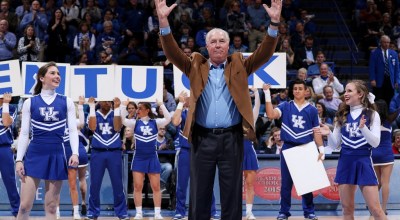