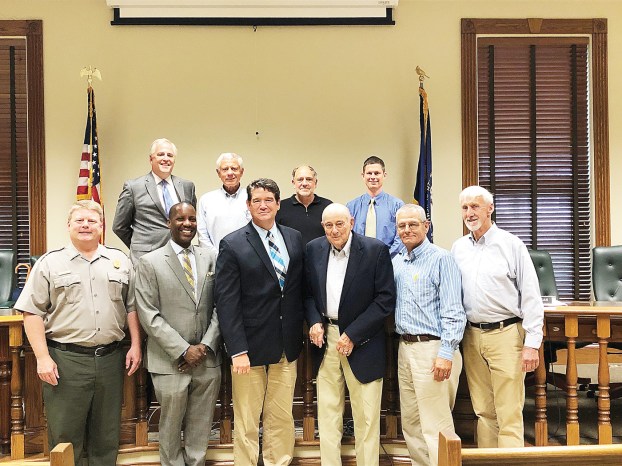 The Jessamine County Fiscal Court was filled with a round of applause Monday after magistrates voted unanimously to donate Camp Nelson Heritage Park’s land to the American Battlefield Trust, making it eligible for National Park designation.

“I’d like to thank Judge Cassidy for being here and to all the work he put into making this a reality,” Jessamine County Judge-Executive David West said. “I would like to thank George Dean also for all the work that he has done and all the former court members and those responsible for the acquisition of this land and making Camp Nelson Heritage Park into what it is.”

There are two ways for a park to be considered for national park designation. One is through legislation established by the president. The second is through the authority granted to the president by the Antiquities Act, allowing the president to designate a national park on areas in the United States that is considered federal land. The legislation currently in Congress states that Camp Nelson cannot be established until Jessamine County donates the appropriate land to the national government.

West said the reason for the approval of the donation is because the fiscal court has been given every signal that the federal government would like to include Camp Nelson as a unit of the National Park Service.

“That is very exciting indeed,” West said. “For the economy, for the history, for the tourism efforts that can come forward and spring from this.”

In order for Camp Nelson to be eligible for consideration as a national park, there are several agreements which the fiscal court needed to pass, perhaps the most important of which was the donation of the land to the federal government.

The transition into the national park system can take up to a period of three years, West said.

“The Glass farm is not dealt with in the main resolution,” Jessamine County Attorney Brian Goettl said. “But (the second resolution) is going to authorize Judge West to work with the National Park System in any relevant non profit organization such as the American Battlefield Trust to transfer the Glass farm to the National Park Service as well as Camp Nelson. Part of that is to work on obtaining federal funding for that transfer.”

Over time, national park service employees will also be added to the staff. In the event that the Antiquities Act is not signed, the land has to be designated back to Jessamine County, Goettl said.

“We are not going to be in the situation where we give them the land and then nothing happens, if nothing happens then they would have to give us the land back,” Goettl said. “In the interim, we will be continuing operations as normal out at Camp Nelson. If the president signs the act, then we have to have an agreement in place of how we are going to cooperate over the next three years to make sure Camp Nelson continues to not have any problems. At the end of no later than three years, the park service takes it over completely and it is no longer a Jessamine County Fiscal Court operation.”

The second resolution, West said, contains language suggested which would help Congress hopefully include funds in their next budget for acquisition of the Glass farm which would then be purchased by the national government wiping out any debt the fiscal court may have left on the land.

“This is exciting for Jessamine County, I think it is a great step in the right direction,” West said.