Asbury’s Greathouse Theatre performs ‘The Importance of Being Earnest’ 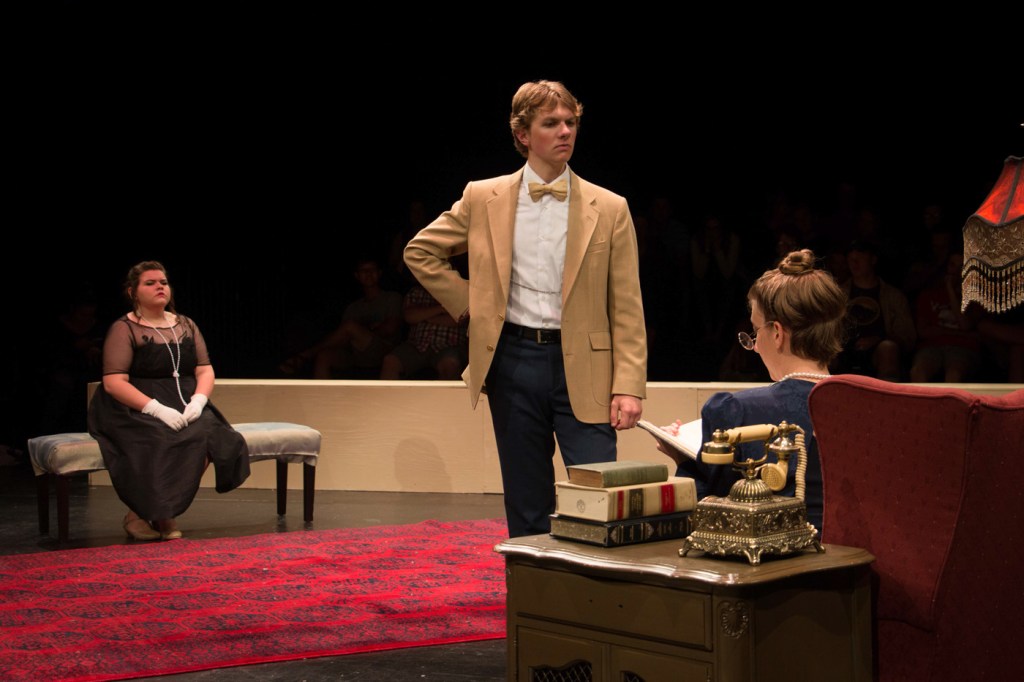 Earlier this month, Asbury University hosted a production of “The Importance of Being Earnest” in its Greathouse Theatre.

Directed by Sarah Cole, the performance gave theatergoers a front-row seat to the comedy when it was played in the round.

“The characters are in a boxing ring, essentially,” Cole said.

The group of performers rehearsed for two weeks prior to their performance, and Cole said locking in the most difficult stage layout by playing the show in the round proved challenging but she utilized it well.

“I had to learn to distill the process down to determine what production elements were necessary and what to let go in the production,” said Cole.

Asbury University works to promote entirely student directed, produced and managed productions which take in students from all majors.

The story followed the character Jack, a well-to-do aristocrat leading a double life by when around members of the upper class he lives as “Ernest.” When in the country, he lives as “Jack.”

Appearing next from Asbury’s theatre and cinema performance program is a production of “The Complete Works of William Shakespeare (abridged),” scheduled for Oct. 11-13. Following is the musical comedy “The 25th Annual Putnam County Spelling Bee” with performances scheduled for Nov. 8-10 and Nov. 15-17.

Other performances at Asbury are being cast such as  Joseph Robinette’s adaptation of C.S. Lewis’ “The Lion, the Witch, and the Wardrobe,” which will be another full student production, directed by Joshua Pelletier.

For more information or to learn more about Asbury’s theatre and cinema performance program visit https://www.asbury.edu/academics/departments/communication-worship-theatre/theatre-cinema-performance/.