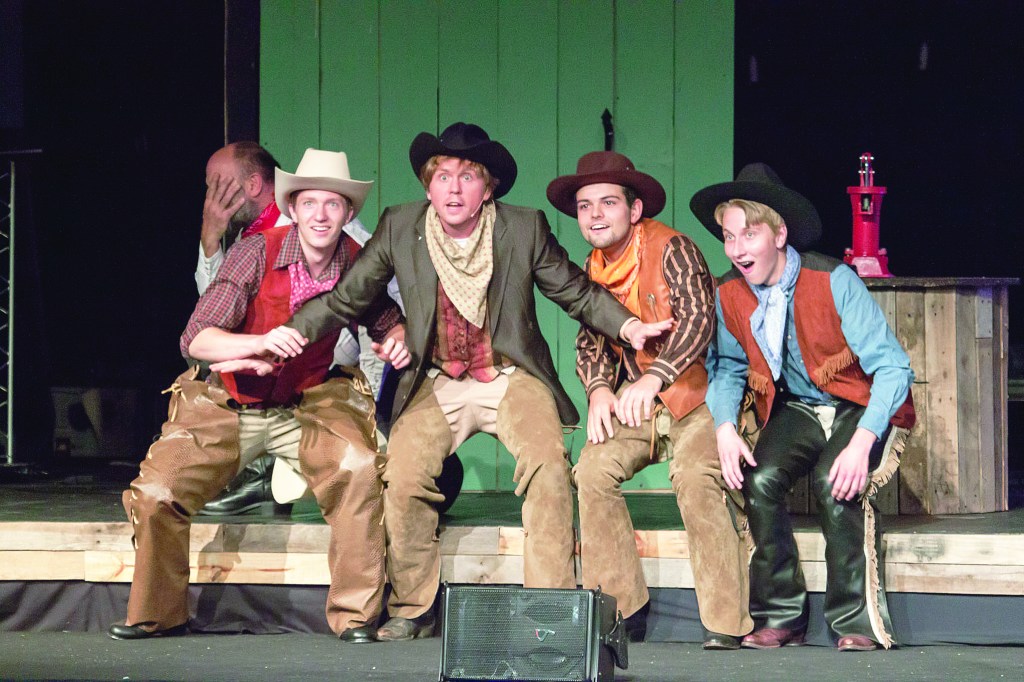 With performances scheduled through Saturday, the cast includes amateur actors and a live orchestra at Bethel Harvest Church, located at 3260 Lexington Road. Performances are scheduled for 7 p.m. today, Friday and Saturday. Tickets are $12 for adults and $8 for children 13 and younger. Tickets can be purchased at the door or in advance through jctky.com.

Originally produced by Rogers and Hammerstein, “Oklahoma!” debuted in 1943 and set a record for 2,212 performances.

“The cast includes professional and amateur actors from the area, as well as some who are making their ﬁrst appearance on a stage,” Emily Harper, production assistant for “Oklahoma!” said. “Complimenting this broad mix of players will be the strains of a live orchestra sounding out the show’s familiar tunes like ‘Oh, What a Beautiful Morning,’ ‘The Surrey With The Fringe On Top,’ ‘People Will Say We’re In Love,’ and ‘Oklahoma.’ Between the acting and the live orchestra, the show is definitely different from any other production of ‘Oklahoma!’”

The cast of 30 has been rehearsing for two months, and Harper said the production team hopes they put on a show the whole family will enjoy and tell others about.

“We want to share the magic of ‘Oklahoma!’ with everyone who comes out and we hope they love it as much as we do,” Harper said.

Aunt Eller is portrayed by Suzanne Mobley Bennett, who said despite her character having an edge, she also has a tender heart.

“She’s such a sweet character and so fun to play,” Bennett said.

Andrew Ankenbauer plays Will Parker and said it is fun to live out an alternative life on stage in the performance.

“I like playing Will because he’s pretty different from me,” Ankenbauer said.

The first two performances last weekend went beautifully, Harper said, and everyone involved in the production along with the audience had a blast with the performance well received by all. Harper also said the performers hope to close with a cast full of energy and a crowd full of people.

“For the ﬁrst production, we wanted something classic, something to include all ages, something rousing, and something distinctly America,” Director G. B. Dixon said.  “‘Oklahoma!’ checks all of the boxes. This year is ‘Oklahoma!’s’ 75th anniversary, and we thought it would portend to good success to birth a new theatre company by celebrating the milestone of a great American classic.”