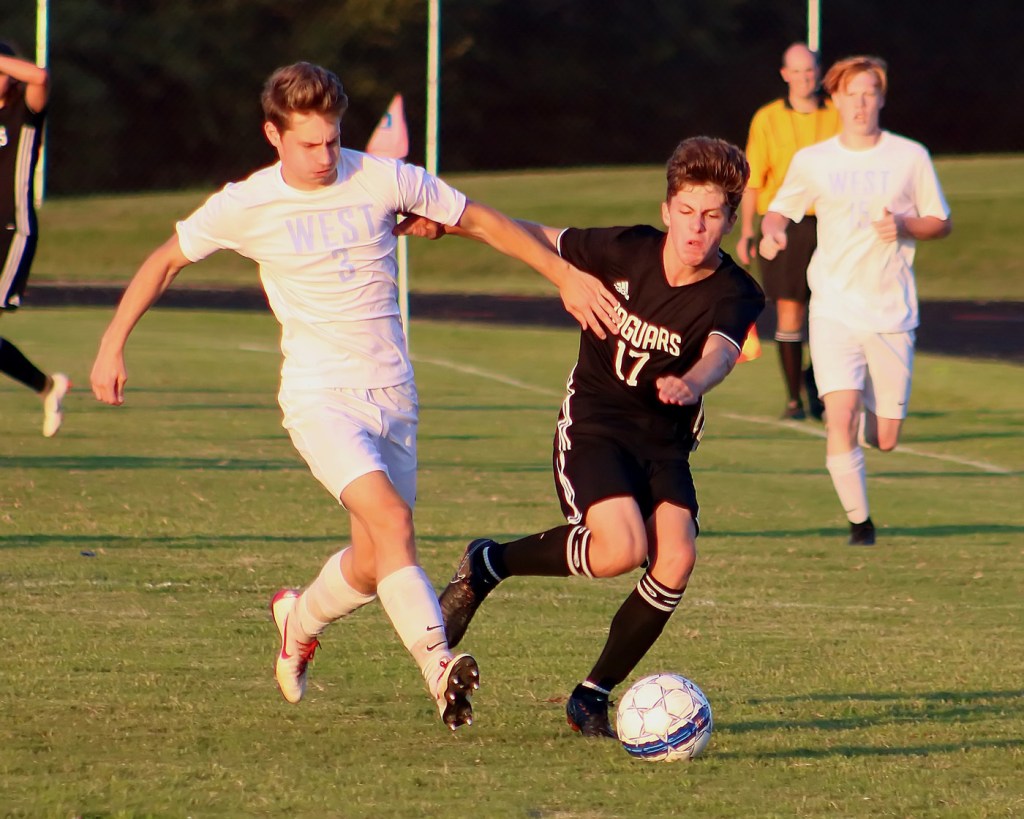 The Colts (4-0) faced only three shots all night, with goalie Nolan Yantz giving up a single score to the Jaguars (0-4). West came into the game having outscored their opponents 14-1, and controlled the ball most of the night. AJ Kinnell and Lucas Labrillazo led the scoring with two goals each, while Rio Anderson, McCade Collins, Gordon Scherer and Chris Siegel scored one goal each. Kinnell also tacked on three assists, while Anderson and Esteban Garcia each had one.

Much of the first half, dominated by the Colts’ control of the midfield and aggressive on-goal attack, saw Scherer stand out in both regards. Scherer led the charge on the Jags’ defenders, with Colts’ forwards spending the majority of the half buzzing the East goal. West scored half of its eight goals by the ten-minute mark in the first half, with Siegel making it a 5-0 game at the 24’ mark. Labrillazo’s goal at 5:45 remaining in the first half made it a 6-0 West lead heading into halftime.

Three and a half minutes into the second half, Kinnell added on another score. The score reached 8-0 with less than 27 minutes remaining in the game before East was able to respond. Jaguars midfielder Tony Gerling’s score with 8:30 remaining in the game kept the loss from being a shutout for East.

East has their next home game on Thursday when they take on the 1-4 Campbellsville Eagles, while the Colts, now 5-1 after losing to South Warren on the road on Saturday, again hit the road to face the 5-0 Lincoln County Patriots on Tuesday night.