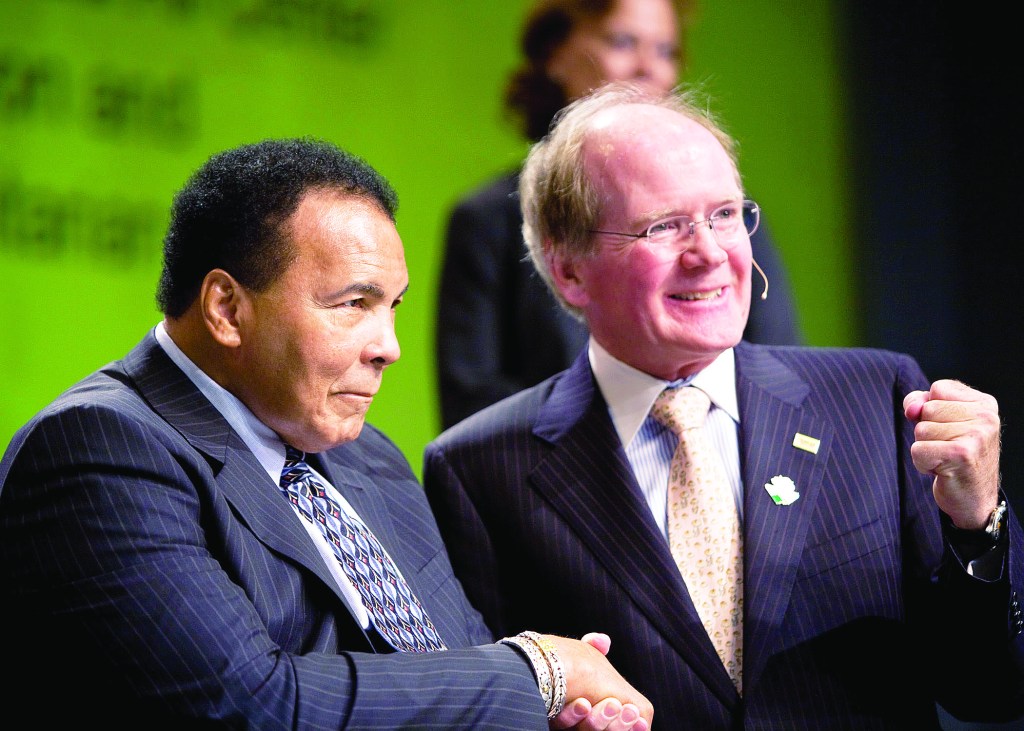 Lyons passed away on March 8, 2018. Along with her son President and CEO of Alltech Dr. Mark Lyons, Deirde Lyons, director of corporate image and design at Alltech, will accept the award on his behalf during the ceremony.

The award was created in 2013 to publicly help celebrate people from around the world who are driven to become agents of change for the common good.

“Like Muhammad, by their example, these awardees serve as role models to all of us, and they help to ensure that the legacy Muhammad left on this world continues to inspire, transform and ignite positive change for the betterment of individuals and the whole of humanity,” said Lonnie Ali, co-founder of the Muhammad Ali Center and widow of Muhammad Ali. “If there was a time for the power of his example to be heeded, it is now.”

After moving with his family — wife, Deirdre; daughter, Aoife; and son, Mark — to the U.S. from Ireland, Lyons founded Alltech in 1980. His mission was to improve the health and performance of animals, crops and people with the company’s ACE principle guiding the company’s endeavors by having a commitment to a positive impact on the animal, the consumer and the environment.

The company helps fund the Alltech Sustainable Haiti Project, which supports two Haitian primary schools through the sale of Alltech Café Citadelle, and is a program funded by the ACE Foundation which has helped more than a dozen state-of-the-art science laboratories be built at primary schools in Kentucky and Ireland inspiring students to have a greater curiosity about the world around them.

The company also conducts an Alltech Vocal Scholarship Competition. A program which shines a spotlight on a young vocalist. This program also awards top performers with scholarship funds who wish to join the University of Kentucky Opera Theatre.

The Alltech Innovation Competition was also established by Alltech and helps young entrepreneurs create businesses that help solve local issues. Winners are awarded $10,000 — the same amount Lyons founded Alltech with in his garage more than four decades ago.