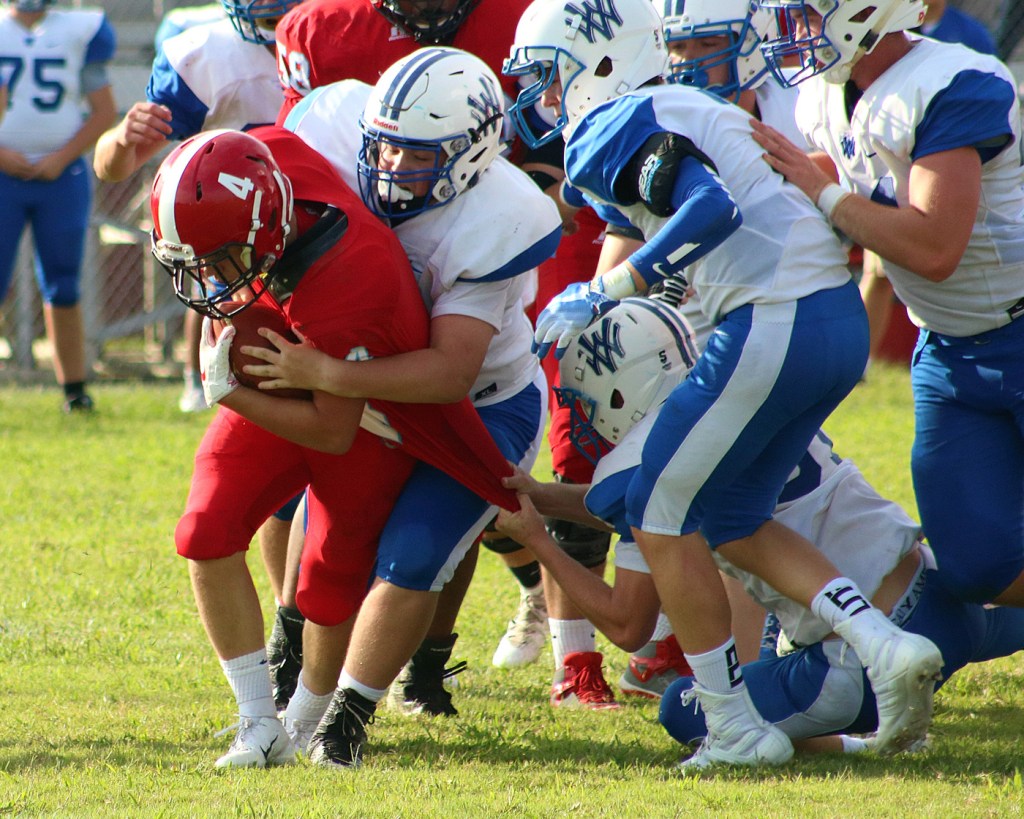 West Colts gets shutout in home opener against Walton-Verona

In the first game of the VisitJessamine.com Bowl Friday, West Jessamine was shut out by visiting Walton-Verona, 14-0.

The first half ended in a scoreless tie, with both the Colts’ and Bearcats’ defense locking down the offense.

In the second half of the game, the Bearcats tallied 103 of their 190 net rushing yards, led by Micah Alford’s two touchdowns on 110 total yards for the game (17 carries).

Greer Stone ran for 71 yards on fifteen carries (4.7 yards/carry), and finished with six tackles as well, including five solo. Chance Coffman led the team with nine tackles with four solo and five assists, while Desmond James and Zachary Lee finished with eight each, and Colton Jenkins had seven solo tackles.

Charles Bobbitt finished with one sack and a fumble recovery to go with five solo tackles.

Coach John Gilliam said it was a good start for the season, but the team as a whole has work to do.

“I’m not pining it on anyone, personally,” he began. “We’ve got to play better, both offensively and defensively. I told them that it was the same situation we were in last year. We lost the first one, had to battle back and win some games.

“They work extremely hard in practice. I hate it for them, but maybe, at the same time, it turns into something good for us.”

The Colts face Clay County at West Jessamine Friday. The Tigers (0-1) lost to the Bourbon County Colonels 26-13 Aug. 17 at the PBK Death.