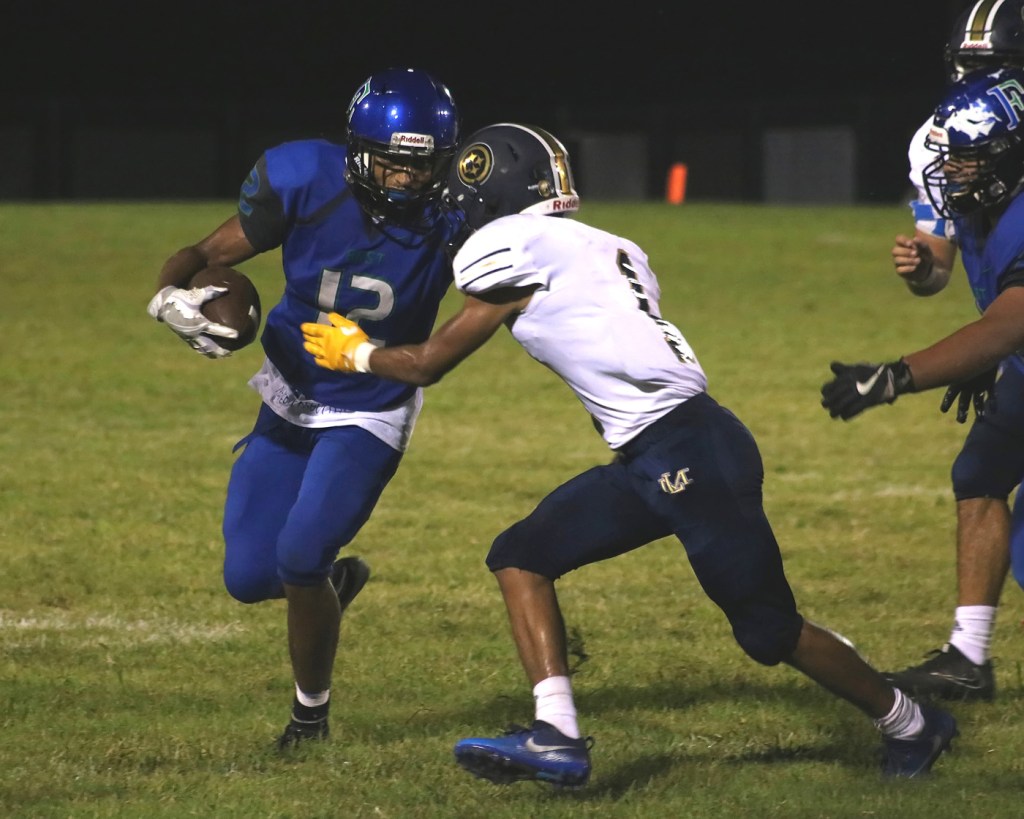 In a competition that was back and forth until the final quarter, East Jessamine dropped the first game of their 2018 season 24-12 to Lloyd Memorial at the VisitJessamine.com Bowl Friday.

Taveon Dean accounted for half of the Jaguars’ rushing yardage, finishing with 142 yards and one touchdown in 13 carries, while Cameron Segar picked up 85 yards and the only other East touchdown on 18 carries. Segar also caught three passes for 51 yards on the night.

In between what was, for most of the game, an evenly-matched rushing attack, East and Lloyd Memorial played a fast-paced and aggressive game on both sides of the ball.

Paced by Isaiah Williams’ pair of interceptions, the Jaguars held the Juggernauts scoreless until 3:15 remained in the third quarter, entering halftime with a 6-0 lead.

However, the Juggernauts recorded 69 yards on the ground in the fourth quarter, scoring two touchdowns in the process. Lloyd Memorial was also 3-3 on two-point conversions, overall, while East failed to convert on either of their extra-point attempts.

Jaguars head coach Mike Bowlin saw some positives notes in the loss, however.

“We did some good things,” he began. “We just couldn’t make the plays that got the ball to the end zone. We could drive it from 20 to 20, the running game was rolling, but passing-wise we just could not complete the big play.

“I’ll give Lloyd credit; they’re one of the too 10-ranked 2A teams in the state. Unfortunately, it became a game of attrition. We lost some kids to cramps, first-game bang-ups happen. We went through one spell in the third quarter where we had three back-up offensive linemen in the game for one series, and that cost us momentum.”

“They showed a lot of heart,” he said.