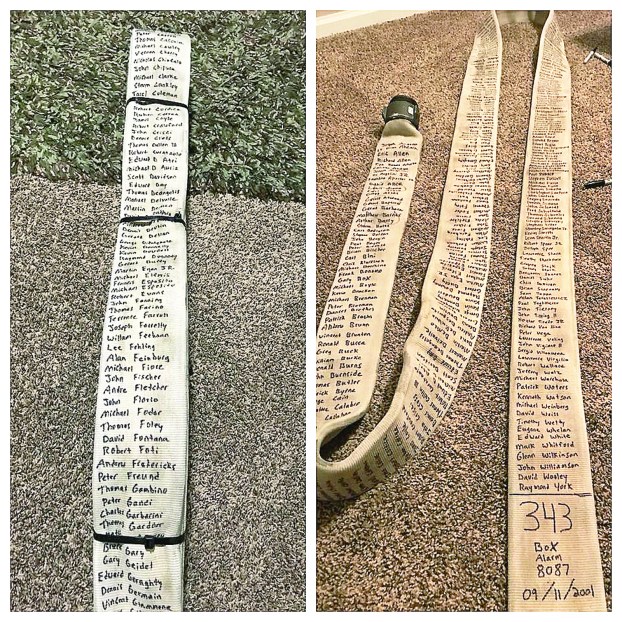 A climb to remember

Next month, members of the Nicholasville Fire Department will gather in Lexington to commemorate the 17th year since the 9/11 attacks with a memorial stair climb at the Lexington Financial Center.

Scheduled for 9 a.m. Sept. 8, the climb will take place in the blue building of the financial center, and is hosted by the Lexington Fraternal Order of Firefighters.

“We want to invite anybody, the community, firefighters, police officers or whoever wants to come (join us),” NFD firefighter Aaron Moss said. “I just feel like this is the 17th anniversary of 9/11, and every year that goes by it gets a little more distant. People don’t think about it, and then you have the newer generations. To them, it is just a date that they hear about. They don’t really understand the impact.”

This year marks Moss’ sixth year climbing in remembrance of those who lost their lives on 9/11. Moss said on 9/11 a total of 2,977 people were killed when planes hit the world trade centers. Of those, 343 were firefighters and 72 were police officers. Once the towers fell, the fire continued to burn for 99 days in the debris surrounding the buildings. It took workers eight months and 19 days to clean up the debris which totaled 1.6 million tones of steel, he said.

“When the planes hit, it was right at shift change,” Moss said. “You had two shifts full of guys who were there. You had your normal shift, and then the guys that just got off shift and grabbed their gear. You had double the number of guys on engines and ladders going into the city. Engine 54, Ladder 4 and Battalion 9 lost an entire shift, 15 guys. That is equivalent in Nicholasville to our whole shift. That would be the equivalent of today every single person getting killed.”

Moss said one thing not many people know is the effects which still plague those who served and helped on that day 17 years ago. Since 9/11, 2,000 first responders and workers helping at the World Trade Centers have died of related illness and thousands more are still sick. There has since been 68 different types of cancer from the dust individuals came into contact with discovered, he said, and 83,000 people are currently enrolled in a program called World Trade Center Health which specializes in helping patients with illnesses from cancer, breathing problems, PTSD or any other health issues related to 9/11.

“I want to get the community to come out so that it will keep it going,” Moss said. “That 343 was the initial (number), but every day (there are more). This week (alone), there have been a couple guys have have died from 9/11(-related) illness.”

Moss likens 9/11 to be the current generation’s Pearl Harbor, and said he climbs to honor those who served on 9/11. Moss said he believes those first responders made the ultimate sacrifice and there is nothing more noble or heroic.

“There have been many cases and proof that a lot of them gave each other a hug or a handshake and knew that there would be several firefighters die that day, and they packed up and went in any way knowing that they probably were not going to make it out,” Moss said. “There is nothing more heroic or noble in my eyes than someone who can look fear and death in the face and remember that they swore to do this job for the public. They put the public first that day.”

This year, Moss has enlisted fellow Nicholasville Combat Team firefighters Joshua Polley and Zeke Reynolds to climb with him. Carrying a hose which has all 343 firefighters names on it, Moss said the team plans to pass the hose back and forth as they climb in remembrance of those who gave their lives that day to help others.

“These guys went in there knowing that there was a good chance they were not going to go back to their families,” Reynolds said. “We all raise our hands and take that oath. This is my first year doing this climb. I look forward to doing several more in the future. We encourage all firefighters and fire departments around to come join us and get involved and we will be there and be happy to walk with anyone who wants to walk with us.”

During a recent Nicholasville City Commission workshop, the commission listened to a presentation of a cost recovery program that would... read more