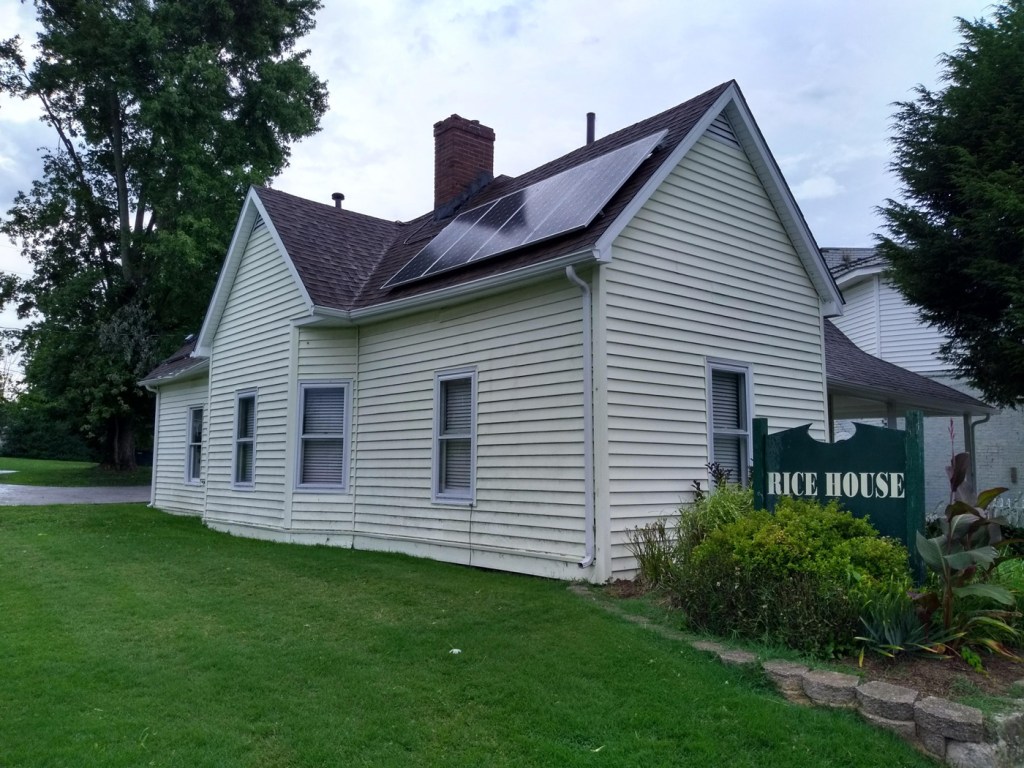 The City of Wilmore installed solar panels this week on the roof of the Rice House, a local museum and rental space downtown owned by the city.

“The city is grateful for this amazing gift of solar panels,” Mayor Harold Rainwater said. “We hope to study this as a possible implementation in other city properties if it is the savings in utilities as projected.”

The Rev. Dale Shunk, retired United Methodist pastor and founder of Solar Samaritans Ministry, said the solar panels were donated by a private donor at no cost to the city.

Installing eight solar panels on the south side roof, the project cost approximately $4,000.

Shunk said adding the solar panels to the Rice House will give it an energy advantage.

“Solar panels mean clean solar energy for Wilmore along with significantly-reduced electric bills for the City of Wilmore over the next 25 years of service and beyond,” he said.

The project began when Shunk was approached by Mary Miller in January to assist in bringing solar panels to Wilmore. He said it was his experience in solar energy the city was interested in to help with the project.

“My role for this project has been a networker and mature consultant since I have been involved in eight solar installations — two in Kentucky on my own home in Wilmore and the Adventure Serve project,” Shunk said.

Wilderness Trace Solar from Danville performed the upgrade and Shunk said approval from the Wilmore City Council was given May 21.

Solar energy has become a more affordable clean energy source, Shunk said, and although the up-front costs are high, it will pay itself back in seven to 10 years.

“The benefit for the remaining years is free energy,” Shunk said.

The Rice House is only the fourth building in Wilmore to use solar energy, and Shunk said he hopes it won’t be the last.

“We are super excited for the City of Wilmore to receive solar panels on the Rice House,” Shunk said. “We hope to begin a trend for more people to consider solar energy systems for their homes and businesses.”