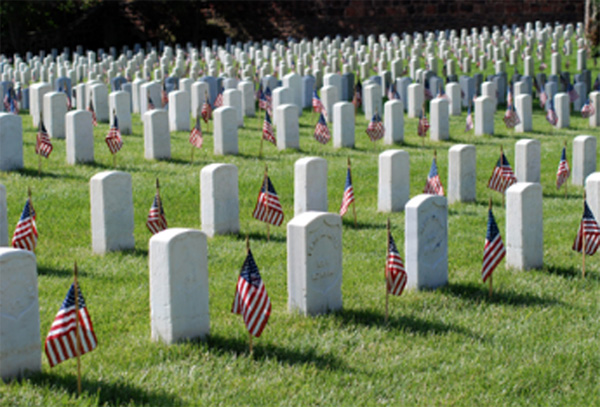 McConnell’s bill is the Senate companion of legislation sponsored in the House of Representatives by Rep. Andy Barr (KY-06).

“In support of the Nicholasville community and preserving this Kentucky treasure, I am proud to introduce the Camp Nelson Heritage National Monument Act and join Congressman Andy Barr in support of securing the recognition that Camp Nelson Civil War Heritage Park deserves,” McConnell said in a prepared statement.

“I applaud Congressman Barr for his leadership in the house and look forward to continuing our work with congressional colleagues and the administration to see Camp Nelson designated as a national monument.”

McConnell’s legislation states that national recognition would preserve, protect and interpret for the benefit of present and future generations the nationally-significant historic resources of Camp Nelson and its role in the Civil War, reconstruction and African-American history and civil rights.

“The Camp Nelson Civil War Heritage Park is truly a special place that has the ability to unite the community and inspire a greater understanding and appreciation for a pivotal period in our nation’s history,” Barr said. “I appreciate Leader McConnell for recognizing the importance of this significant site and introducing his bill in the Senate. This legislation is the next step in incorporating Camp Nelson into our National Park System.”

Last summer, McConnell and Barr, along with other members of the Kentucky federal delegation contacted U.S. Department of the Interior Secretary Ryan Zinke expressing their support for the national monument designation.

In the letter, they wrote, “We believe that Camp Nelson’s significant contributions to the Union Army’s efforts during the Civil War and to the social progress of our nation are deserving of federal recognition.”

Last December, Zinke announced the Interior Department’s recommendation that President Donald Trump, pursuant to his authority under the Antiquities Act, take action to designate Camp Nelson as a national monument.