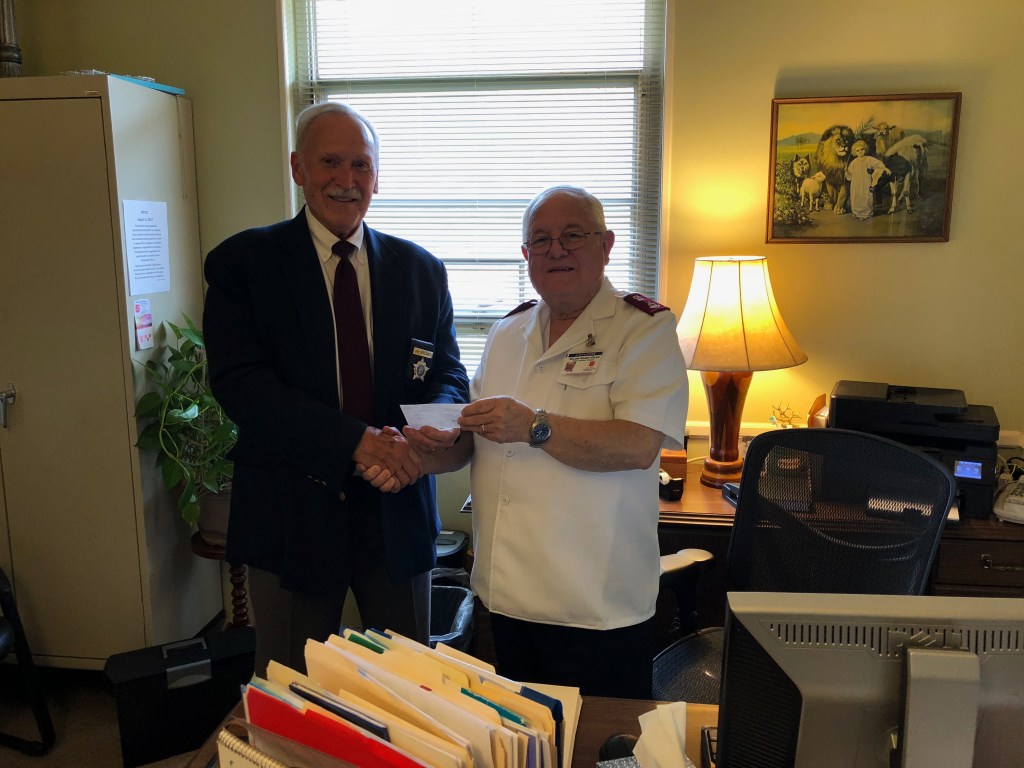 While the chance to dunk a Nicholasville Police Officer raised a lot of money, Bales, who is pastor of of Bethel Christian Church, raised the most money.

“I watched quite a few and it went over really well,” Bruner said. “We will probably do this every year for charity. This is the first year we have had a dunking booth. I have seen them around at different places and thought this was a good idea to have this event and a good opportunity for the community.”

Major Randy Davis with the Jessamine County Salvation Army said because of economic needs, many Jessamine County families are under stress. The Salvation Army works to give backpacks to children in need who are already receiving other services from the charity. “They are children of families who come for other services. They may come for food or clothing or financial assistance. That is who we advertise to come and sign up for backpacks,” Davis said. “I typically give out backpacks until the end of October.”

Davis said The Salvation Army works with other agencies in the community to share lists so children who receive assistance somewhere else will not have their supplies duplicated, ensuring supplies go to as many children as possible in the county who are in need.

“We have the privilege of praying with just about every client,” Bruner said. “We want to look at the whole person. Not just their material needs. These are our neighbors, and this is our community. We want them to leave here not just feed but affirmed as a person.”