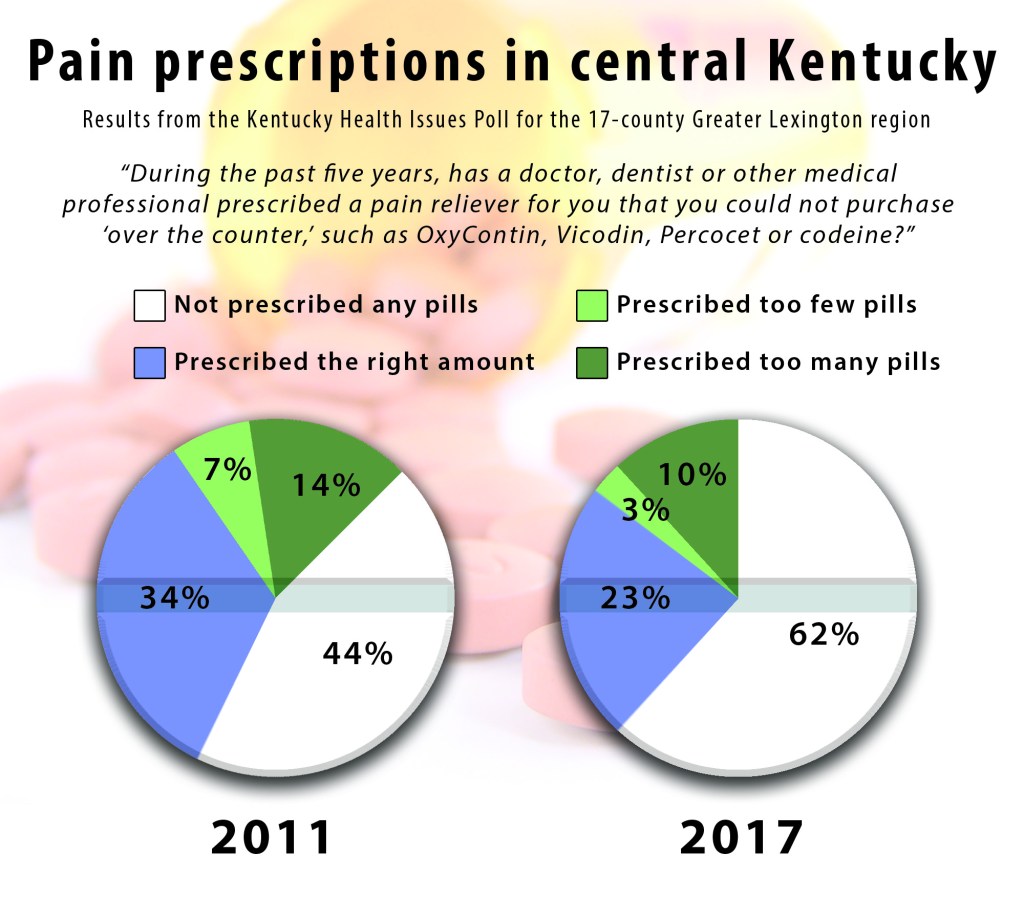 LOUISVILLE — Adults getting prescriptions for pain medication dropped significantly in the Greater Lexington region of Kentucky from 2016 to 2017, as it did for Kentucky as a whole, according to the latest Kentucky Health Issues Poll (KHIP) report. While 55 percent of Greater Lexington adults asked in 2011 said they were prescribed pain pills in the prior five years, that dropped to 36 percent in 2017.

Statewide, 34 percent of adults said they got prescriptions for pain medications in the five years up to and including 2017, a drop from 55 percent who responded similarly in 2016.

The same report found that the Greater Lexington area continues to struggle with problems resulting from the use of heroin, but the percentage of adults reporting family members or friends are struggling with prescription drugs or methamphetamines declined.

KHIP, an annual opinion poll of Kentucky adults, is funded jointly by the Foundation for a Healthy Kentucky and Cincinnati-based Interact for Health.

The KHIP Greater Lexington spotlight also found continued majority support for certain tobacco-control measures, including a statewide smoke-free law and a law prohibiting use of any tobacco products on school campuses. Support for a statewide smoke-free law dropped to 74 percent in 2017 from 82 percent in 2016. In addition, the report found a significant drop in unfavorable opinions about the Affordable Care Act among Greater Lexington adults, mimicking lower statewide disapproval of the health care law.

— 76 percent believe addiction is a disease, while 23 percent disagree

— 87 percent favor court-mandated treatment for those with a first or second drug offense; 81 percent statewide agreed with that approach.