‘I was totally shocked’ 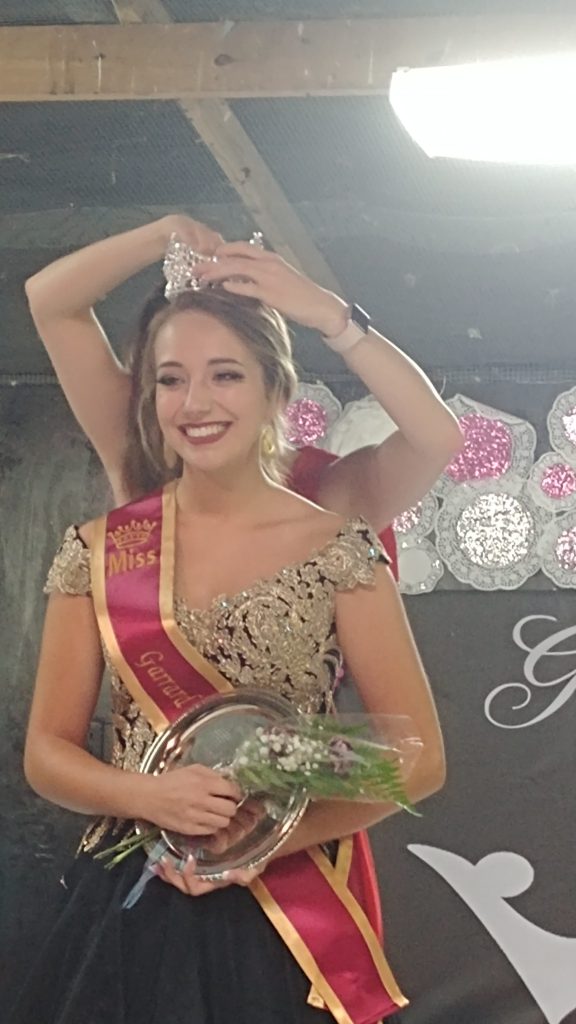 Nicole Lynn Roberts of Nicholasville won the title of Miss Garrard County Fair on June 27, allowing her to advance to the state pageant in Louisville in January.

“I was totally shocked when they called my name,” Nicole said. “All of the girls were beautiful and

deserved to win. I was truly honored.”

The daughter of Ron and Angela Roberts, Nicole has previously competed in four pageants, the first winning her the title of Miss Teen Eastern Kentucky in 2017. Her favorite part of a competition she said is being able to meet and inspire young woman.

“I am excited to get a new dress for state and competing in a large pageant (where I will) meet the other local winners,” Nicole said. “I have never been to state before. It is in January in Louisville. I’m still young for the age group so the other contestants may have more experience than me, but I’ll do my best and have fun.”

Having won the Garrard County title competing against nine other local residents, Nicole is ineligible to compete later this month at the Jessamine County Fair.

A 2018 graduate from East Jessamine High School, Nicole has been a dancer since she was 2-years-old and took lessons locally with Mindy’s Jessamine School of Classical Dance. There, Nicole learned pointe, tap, lyrical, contemporary and hip-hop dance routines.

“I love to dance, I’ve been doing it my whole life,” Nicole said. “There’s nothing like being on stage and performing for the audience. My favorite type of dance is hip-hop. It’s so fun and energetic.”

Throughout the years, Nicole spent her time dancing on the East Jessamine Middle School and EJHS dance teams and will continue to dance when she attends Morehead State University in the fall where she plans to study biomedical science after taking several classes at Jessamine Career and Technology Center where she felt compelled to pursue a career in the medical field to perform medical research.

“I visited several universities in the area, but Morehead State just felt like home,” Nicole said. “It’s the perfect size for me and I can’t wait to be an Eagle. I am so excited to dance in college. The MSU Dance Team performs a lot of hip-hop so I’m excited to be able to continue dancing.”

Nicole is also a member of the National Honor Society, Beta Club and Health Occupation Students of America. She graduated with highest honors and delivered the student address at the EJHS gradation ceremony earlier this year. She received numerous awards for academic excellence while attending EJHS, and also received the Commonwealth Scholarship from MSU.

“We are so proud of all her accomplishments,” Angela said. “When she sets her mind to something she is determined to achieve it. We can’t wait to see what the future holds for her.”