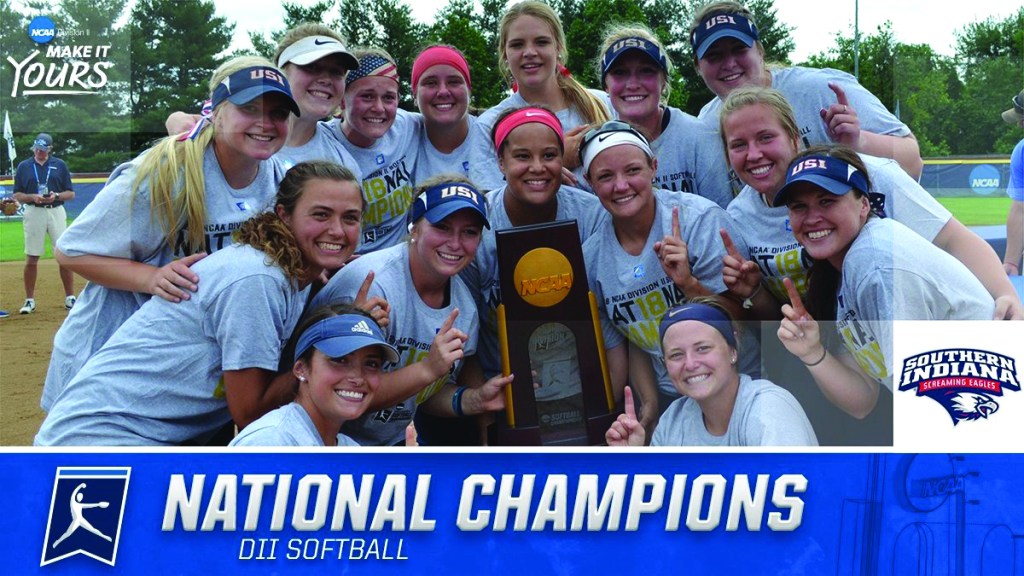 Not only did she have a chance to play in the Division 2 Softball World Series for the University of Southern Indiana, but the Screaming Eagles came out victorious against Saint Anselm College and won both games in the series on May 29.

The sophomore standout started in all 64 games for the Eagles at right field and racked up many milestones along the way.

These milestones include her leading her team with a .340 batting average, became the seventh player in program history to hit 10 or more home runs in a season and the fifth player to drive in at least 50 RBIs.

Despite her accomplishments, Schubert said she is still trying to grasp the fact that she is a national champion.

Schubert said she is glad that her team’s hard work did not go to waste and would not feel as confident if the Eagles did not make a run in the tournament.

“It is a ton of hard work definitely,” she said. “We start when we get on campus in August until we get done in May. It is an awesome opportunity for me and I love college softball. I am glad I had the opportunity to go there and I love USI. It is just awesome.”

Schubert said her dad has been her biggest influence on her tough softball journey.

Schubert said she has not experienced the love she has for softball with anything else.

“I really just love everything about the game,” she said. “I really love USI and I went to a tournament there in high school which was actually my first official visit. I committed after that weekend and I did not go on anymore visits. I knew that was where I wanted to go. The love of softball, my teammates, the campus and just the whole program has kept me playing.”

To be a successful college athlete, Schubert said players have to be willing to fight for what they want.

“You have to have some grit,” she said. “That was our whole mentality going into the postseason this year. You definitely have to have grit to make it far and that is what we had to make it as far as we did.”

Schubert said she is already excited for her junior season to start and is ready to take on the leadership role.

“We have a lot of freshmen coming in next year,” she said. “Teaching them the way and stuff like that will be a humbling feeling. I am excited for it all start and to show the new players what it is like to be a champion. Confidence is contagious and I am hoping I will be able to teach them new things.”

Schubert is currently tied for 15th in the history of USI in career home runs with 13 as she heads into her junior season.