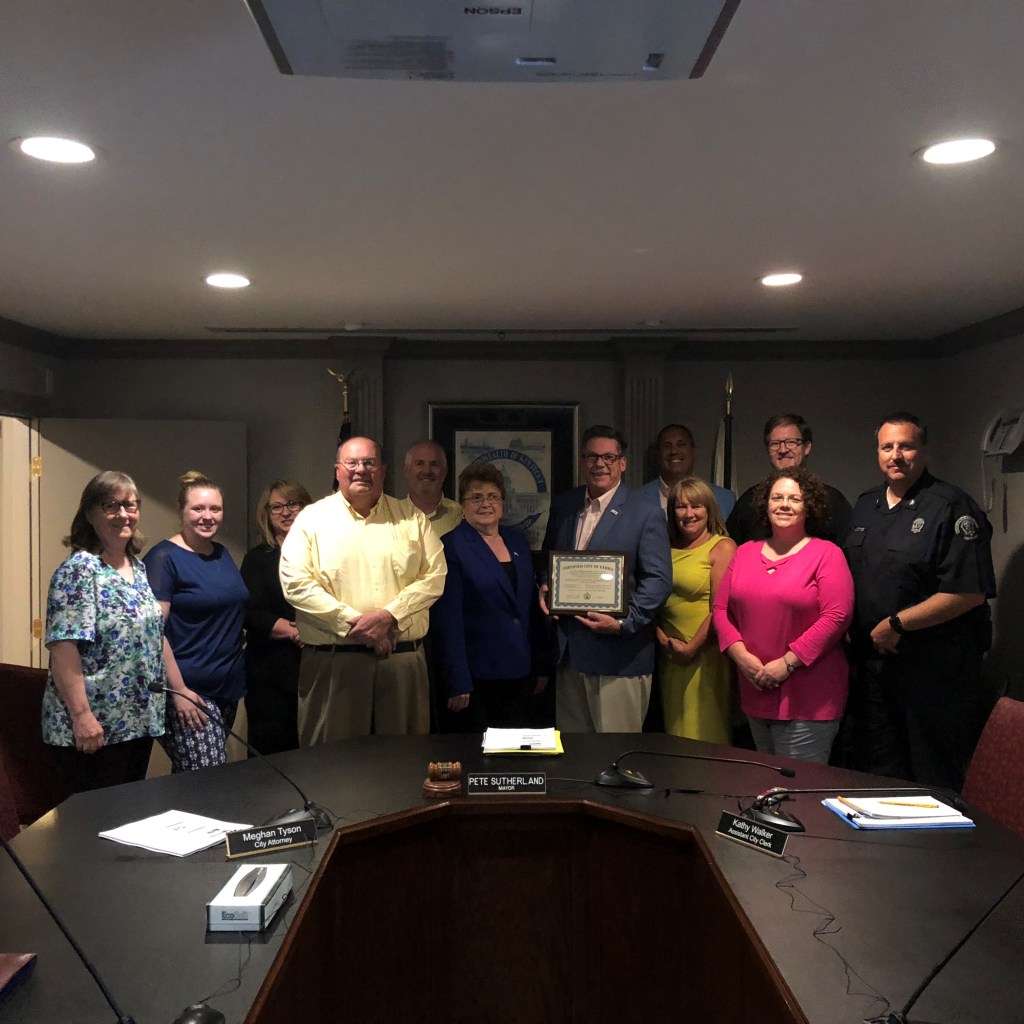 “We are really excited to receive this designation,” Nicholasville Mayor Peter Sutherland said. “The employees and elected officials always go the extra mile when it comes to transparency and adding additional layers of checks and balances to give the citizens of Nicholasville what they have come to expect.”

The voluntary program was developed by the Kentucky League of Cities (KLC) and was designed to encourage cities throughout Kentucky to adopt and adhere to a set of key ethical principals as well as a comprehensive model of ethics ordinance.

The ordinance serves to help guide the current city officials and city employees in financial disclosures, conflicts of interest and outside employment, to name only a few.

Strong penalty provisions are also contained in the ordinance, which includes public reprimands, fines and removal for city officials and employees who are found to violate the ordinance.

The city of Nicholasville received a plaque which is now authorized by KLC to use a “Certified City of Ethics” logo on stationery, road signs and city vehicles after KLC reviewed the code of ethics ordinance determining the city complied with the criteria set out in KRS 65.003.

KLC is voluntary in Lexington and is considered a nonprofit membership organization that provided legislative advocacy, legal services, consulting services and training to more than 360 member cities throughout the state. KLC also provides insurance and financial services to municipal agencies throughout Kentucky.