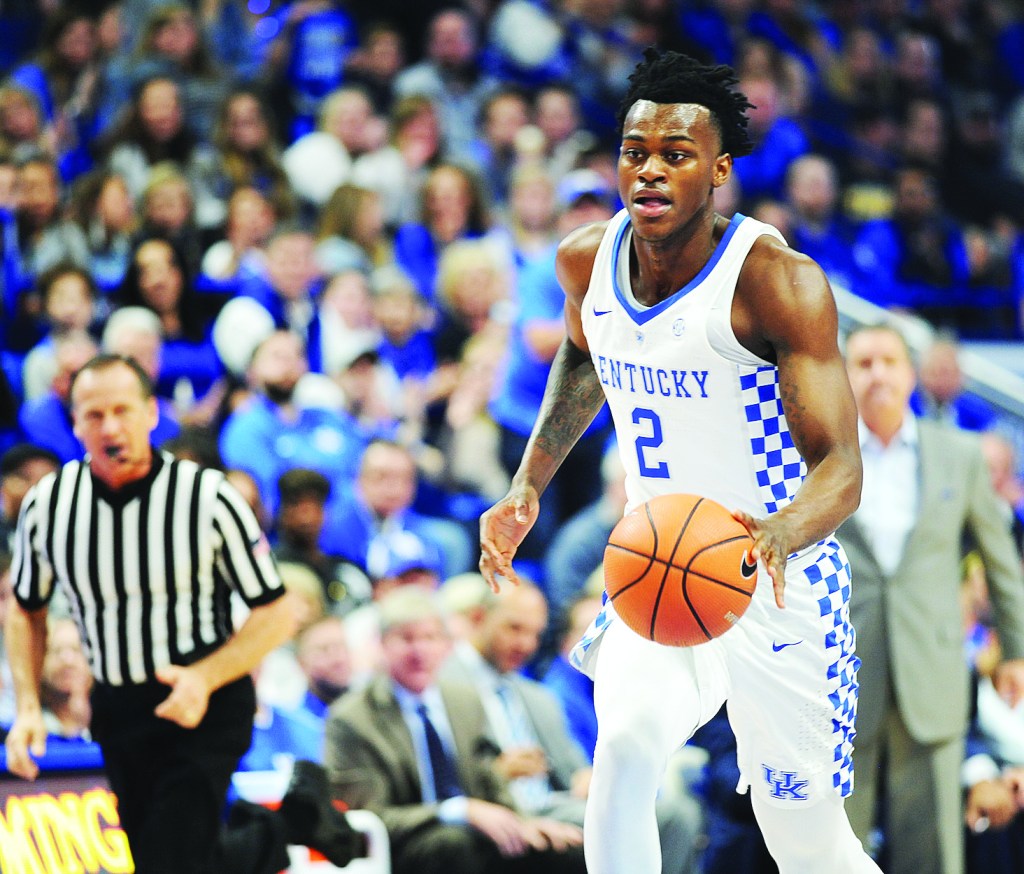 Blue Ribbon College Basketball Yearbook editor/publisher Chris Dortch doesn’t think having Wenyen Gabriel and Jarred Vanderbilt both keep their names in the NBA Draft even without almost no chance of being a first-round pick signals any major change at Kentucky.

Vanderbilt would be the first one-and-done player at UK not to go in the first round during John Calipari’s time.

“I just think it depends on the year and the recruiting class. This particular class wasn’t as strong as others,” Dortch said. “And it depends on individual situations.

“Some players feel a need to try and go out and earn a living. Others, without that pressure, are able to stay in college, progress at their own pace, and jump for the pros when they’re ready. It just so happens that at Kentucky, and Duke, one and done players are the norm.”

Dortch believes Vanderbilt has a “chance” to earn a NBA roster spot and that eventually Gabriel might as well. Kentucky coach John Calipari indicated last week he felt the same way.

“Vanderbilt is a unique player from the standpoint that you can run offense through him at his size. He’s also a terrific rebounder,” Dortch said. “Gabriel needs to get bigger and stronger. But because he can space the floor, he’s got a chance to make a roster one day.”