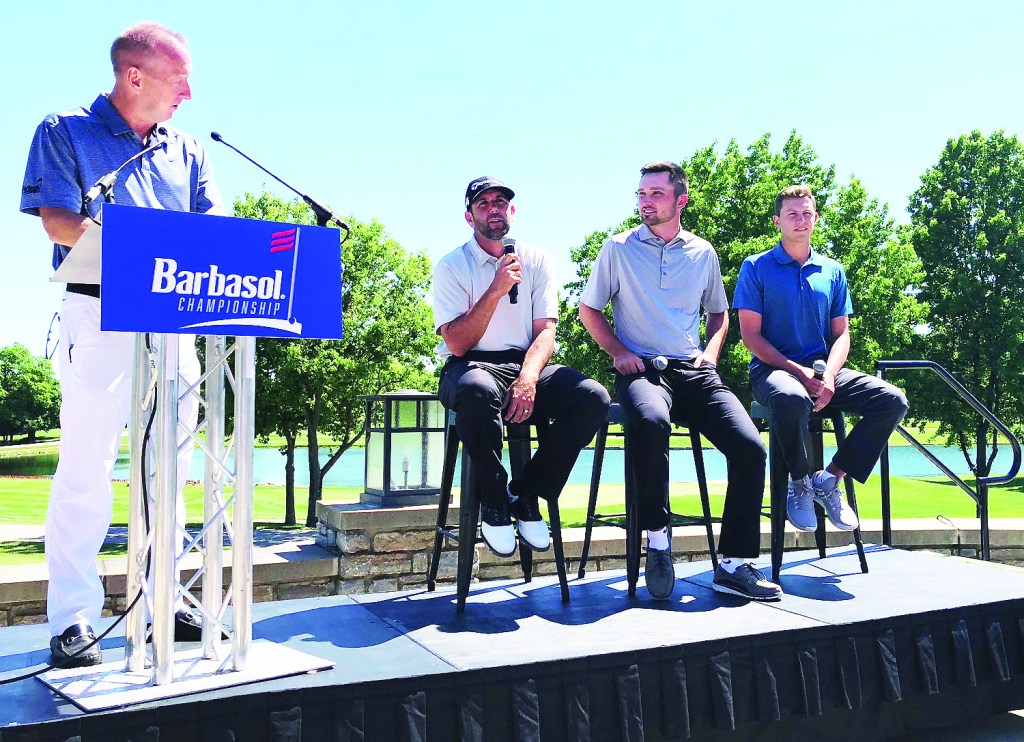 NICHOLASVILLE, Ky. (KT) — The field for the Barbasol Championship is taking shape and some familiar faces will be part of this year’s event set for July 19-22 at Champions at Keene Trace.

Brittany Lincicome, a member of the LPGA Tour, also received an exception, making her the first female player to compete in a PGA Tour event since Michelle Wie accomplished the feat 10 years ago. Lincicome has recorded eight wins on the tour, including two major victories.

A week ago, Teater finished in a two-way tie for second in the Web.Com’s Nashville Golf Open. Teater is excited to get a chance to compete in a PGA event in Kentucky, the first PGA event in the Bluegrass since 1959.

The event will be the professional debut for McDaniel and Musselman. During a media round Monday, Musselman recorded a hole-in-one, giving him an early advantage on the course.

“I can’t think of a better way to start my professional career,” Musselman said.

“I think it’s going to be really cool to have people that you know and love supporting you,” he said. “I think it will only help on the golf course.”

Lincicome also is looking forward to the challenge.

Brooks Downing, executive director of the Barbasol Championship, said course preparations are taking shape as scheduled. More than 300 trees have been removed from the course and expanded tee boxes have been added on No. 1 and No. 10, new tee boxes were added to holes No. 2, No. 13, No. 16 and No. 17. All bunkers are under repair and renovated banks around the water on No. 17 and No. 18 are also part of several ongoing improvements on the course.

“You won’t recognize this place when we get to July,” Downing said.

Downing said the PGA Tour gave more to charity last year than the other major sports combined. The organization announced Birdies for the Bluegrass, a charity initiative, which will be managed by the Blue Grass Community Foundation.

Donors can commit to donating a specific amount for every birdie made in the tournament to help support any of 166 charities in the state that have registered to receive funds. Barbasol Championship will donate an additional 10 percent for each of those charities, up to the first $1.7 million committed funds.

“The thing that really gets us excited is the impact this event can make here locally,” Downing said. “PGA events are designed to be charity events and give back to local communities.”