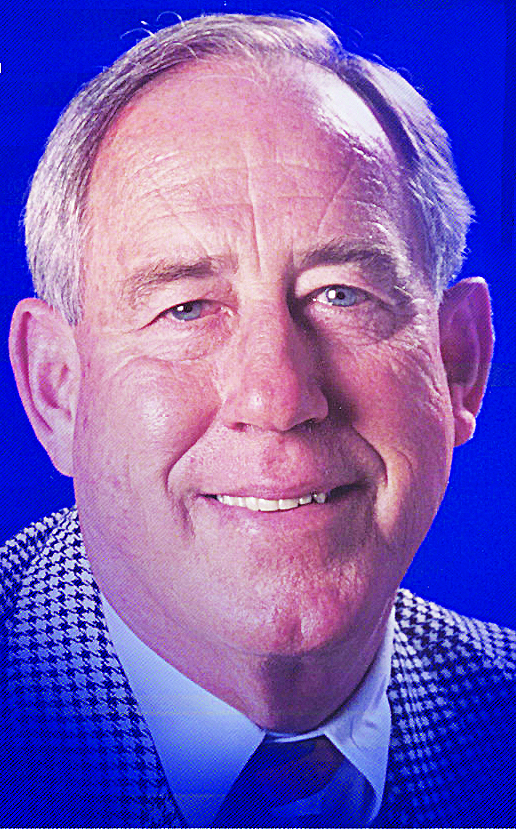 Newton remembered for his character, integrity

Newton coached at Transylvania, then went to Alabama and closed out his collegiate coaching career at Vanderbilt. Following his stint with the Commodores, took over the helm of the athletics department at Kentucky, where he helped restore the basketball program after it had fallen on hard times following a recruiting scandal. He served as athletics director at Kentucky from 1989-2000. Under his watch, the school added men’s and women’s soccer and softball. Revenue grew from $11.6 million in his first year to $36 million in his 11-year tenure in Lexington.

“Please keep him and his family in your prayers,” Kentucky coach John Calipari tweeted. “During one of the most trying times of our athletic department, he came to the rescue and put us on the path we are today. May you rest in peace, my friend.”

“I got to know C.M. more when he was the athletic director at Kentucky,” Calipari wrote. “We can talk all day about all that he did here and he had to do to get the program back on point, but I always come back to how he treated people. He was supportive of coaches and committed to the student-athletes. He put together a program that allowed student-athletes to get in front of business people when they graduated, so they could network and find jobs. It was his mission to succeed at a high level in basketball, but he helped all of the sports on our campus.”

Current Kentucky Athletics Director Mitch Barnhart called Newton a towering figure who will be missed not only at Kentucky but in the Southeastern Conference.

“C.M. Newton is a giant in the history of the University of Kentucky, the Southeastern Conference and in the sport of basketball,” Barnhart said.

“As a student-athlete, he was a national champion basketball player and star baseball pitcher. He returned to his alma mater when he was needed most and provided stability, leadership, and growth for UK Athletics for more than a decade. His coaching accomplishments and honors at Transylvania, Alabama, and Vanderbilt speak for themselves.”

Barnhart added Newton’s love for basketball and “his contributions to the sport of basketball continue to this day.”

“As chairman of the NCAA rules committee, he introduced the shot clock and the 3-point shot,” Barnhart said. “For decades, he worked tirelessly to promote international basketball and was well-rewarded by his election to the Naismith Hall of Fame. Most of all is the impact he had on thousands of people as a coach, mentor, and friend. He understood what it meant to be a servant-leader and will be dearly missed. Our condolences and best wishes go out to his wife, Nancy, his children Deborah, Tracy and Martin, and the family and friends.”

Calipari said he always felt welcomed around Newton and “treated me as a part of his family.”

“After I became the coach at Kentucky, he always made a point to call me or spend time with me when we were in Alabama,” Calipari said. “He has always been willing to share advice and give me good counsel. His son, Martin, who I consider a dear friend was at the center of me being hired at Kentucky. I would imagine C.M. was in the background somewhere. He is one of the people I owe a tremendous debt of gratitude to for helping me prepare for and achieve my dream job here at Kentucky.”

Newton hired Rick Pitino to Kentucky in 1989 and later brought Tubby Smith to Lexington as the first African-American men’s basketball coach at the school when Pitino left for the Boston Celtics in 1997.