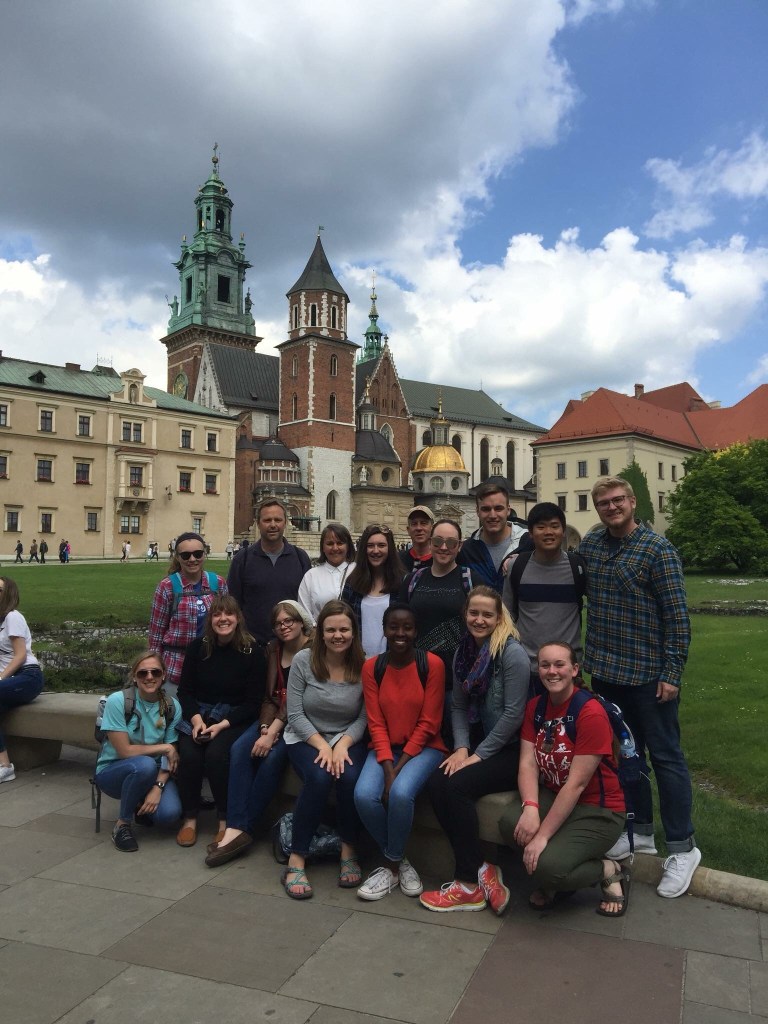 Many options are available to students at Asbury University when it comes to cross-cultural experiences. Students are given the option to study abroad, complete mission work or receive positions at the Olympic games.

One opportunity is the Human Dignity Tour of Central Europe, focusing on the eugenics movement and the concept of inherent human dignity, which took place this year May 11 to 22, and was led by professor Paul Nesselroade.

During the trip, students visited several locations throughout Germany Poland and the Netherlands.

Offered each year, the Human Dignity Tour counts as three credit hours in psychology in addition to fulfilling a cross-cultural requirement. The Human Dignity Tour serves as a way to allow students a space to face dark parts of history while also looking at them with the hope of Christ in mind.

“Asbury students took in a challenging agenda of sights as we traveled around Berlin, Germany, and Krakow, Poland,” Nesselroade said. “Over the course of 11 days, we explored various ways the Nazis assaulted human dignity; including their Aktion T-4 euthanasia center in Brandenburg, the concentration camps of Sachsenhausen and Ravensbruck and the Auschwitz-Birkenau extermination center in Poland. We also witnessed evidence of resistance and forgiveness as we visited the Schindler Factory Museum and toured the Ten Boom House in Haarlem, Netherlands.”

The program aims to challenge student year after year to deepen their faith and ask tough questions about the real-life problems the world is facing.

“The students were like sponges, soaking it all up and interacting with the exhibits and our guides,” Nesselroade said. “Even though the topic is as dark as it can get, we were able to find evidence of hope within the exhibits themselves and the people of Germany and Poland. We learned evil and good exist right next to each other and were challenged to think about how this realization might apply to our own lives.”

Daniel Chin was part of this year’s cohort and said he appreciated becoming immersed in the European culture, as well as learning about the topic of the Holocaust outside of the classroom and in the context in which it actually occurred.

Chin said he also enjoyed participating in conversations and discussions facilitated by Nesselroade.

“The biggest lesson I learned from this trip is I must be vigilant and guard my heart always making sure I ask questions about good and bad and base my decision on His word,” Chin said. “This trip taught me if we put a value on anything, it becomes an object, including humans. It is easier for evil to prevail when dehumanization exists but it is also amidst such evil acts of love become so much more genuine and magnified.”

Recent graduate Faith Neece was also among the students who participated in this year’s tour. Neece said she was challenged to explore complex topics throughout her experience.

“I learned every human being has a capacity for good and capacity for evil,” Neece said. “We want to separate ourselves from the Nazis, but it’s true all of us have the capacity to hate. But we also have the capacity to love. And Christ renews this in us. I learned too there is something special about being human. Seeing people as ‘inhuman’ makes way for hate in us. We have to make room to see the human in the ‘other,’ even the ones committing mass crimes.

“This is such a unique opportunity, one you won’t be able to get anywhere else. What other trip offers such a thorough look at World War II history? And students will be able to discuss these issues from a Christian perspective, which is very important. We do not shy away from looking at these hard things, but we also have hope in our Savior who makes all things new. Plus, we had a bunch of fun on the trip too. We don’t just do sad things.”