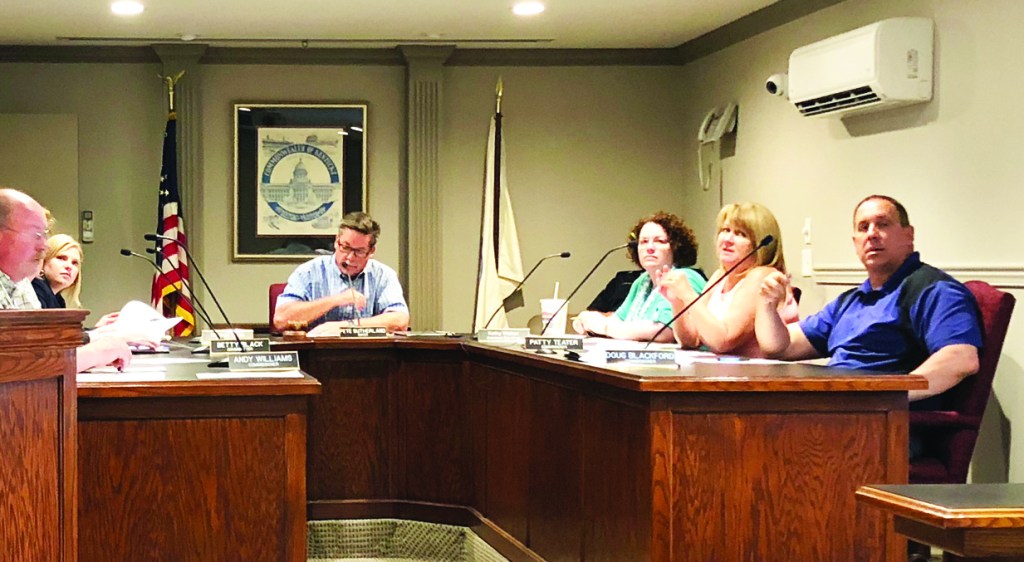 “The current services we provide include one officer on duty from 7 a.m to 7 p.m. seven days a week,” Frank Ruggiero of the Jessamine County Animal Care and Control said. “After hours does not include bite cases and running at-large. We are a reactive operation, meaning we do not patrol the city or county, we react to calls. We do not go out and look for animals running at-large. ”

Ruggiero said in 2017, animal control picked up 781 animals inside city limits, 371 animals were taken into custody outside the unincorporated areas of the county and 113 animals were taken in from nearby Wilmore. Of those animals captured in Nicholasville were 393 dogs, 111 puppies, 201 cats, 340 kittens and four other animals of a different type.

“Jessamine County Fiscal Court is not obligated to provide the City of Nicholasville or the City of Wilmore with animal control services,” Ruggiero said. “This is something that has been done over the years because there is no inter-local agreement and KRS says there should be.”

Ruggiero said other counties across Kentucky already enter into inter-local agreements. Those counties include Glasgow and Barren County, Springfield and Washington County and Georgetown and Scott County.

Ruggerio said it would cost the City of Nicholasville $121,000 to start its own animal control program. Under his plan for an inter-local agreement, Ruggerio would require $130,588 a year which would allow him to add an additional deputy making it possible to extend operating hours.

Ruggerio said this would provide him with the funds he would need in order to extend animal control hours to 11 p.m. seven days a week — four more hours than the current schedule allows.

“My proposed hours of service we would be on-duty and obligated to provide services to Nicholasville when we are notified by the general public,” Ruggerio said. “When we are not assigned to dispatch calls, we will patrol areas known to have issues. We will be open 7 a.m. to 11 p.m. seven days a week for all services outlined in the agreement. After hours and holidays should be covered by off-duty or on-call officers which will respond to only the following: injured animals, bite cases, vicious animals, inhuman treatment and any police assistance where animals are present in the vehicle. After hours calls right now do not include animals at-large or bite cases.”

City Commissioner Patty Teater asked why residents in city limits pay county taxes if animal control is not required to respond to their calls.

“We pay county taxes even though we live in the city,” Teater said. “Are you saying you all are not required to come to my house if I had a situation?”

Ruggerio told Teater KRS clearly states the City of Nicholasville can hire their own animal control department or contract with the county.

“We are not required, we have never been required even though you pay county taxes,” Ruggerio said.

“No, we do not ignore the calls,” Ruggerio said. “We have been responding to these calls all along for free as a mutual aid for the city and the county. According to KRS, you are covered as far as the animal shelter goes. We are obligated to provide a shelter.

“Under KRS, we are not required to provide animal services. There has never been an agreement or mutual aid signed by the county or the city. Actually, we should at least have a memorandum of understanding.”

Mayor Peter Sutherland said the city intends to keep their services, although needs further time to address and look at the situation before making a decision.

“We are going to have to look at this further,” Sutherland said. “But we will certainly have to wait until we can get an attorney to make an opinion on all this.”